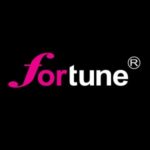 Today we’re going to feature a recording label that documents the music scene in Poland.  Much of what For Tune releases is experimental, avant-garde or just plain beyond classification.  But, too, much of it is right at home getting slotted in the Jazz category, and it has been a constant source of interest for me over the last handful of years since I first discovered them.

For Tune recently set up shop on the Bandcamp site, which really opens up their catalog from a retail perspective for many of you, and so to celebrate, I’m going to be pointing out many of the recordings that have grabbed my ear over the years… including one, at the very end of this column, that’s from an ensemble that allegedly was the inspiration to start the For Tune label in the first place. 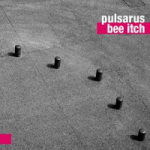 A bit on the stranger side this one is.  This septet treats its melodies roughly, and often attacks them with a zeal to see how great a mess they can make out of their original concept.  It creates an appealing bit of chaos and confusion, with an added bonus of the moments of satisfying clarity when they suddenly return to that original melody clear out of the blue.  Bursts of electronics & effects find a home on this album alongside non-traditional instruments like blockflutes and Balkan horn.  A couple tracks dial back the craziness a bit (including a nifty cover of “Imagine”), and that provides a welcome respite, as well as some necessary context and contrast for their chaotic approach to things.  The personnel are trumpeter Tomasz Dąbrowski, alto saxophonist Aleksander Papierz, tenor saxophonist Ray Dickaty, electric pianist Stefan Orins, double bassist Jacek Mazurkiewicz, drummer Jakub Rutkowski and Dominik Strycharski on blockflutes. 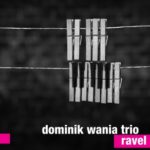 Hell of a debut for pianist Wania.  The most impressive characteristic of this straight-ahead trio session with double bassist Max Mucha and drummer Dawid Fortuna is how highly fluent he remains while delivering a series of thrilling fireworks.  There’s a streamlined concision present during each and every moment that counterbalances the rhythmic flurries and the wind sprint tempos, and that’s why the trio is able to deliver an emotional punch that never seems melodramatic or superfluous.  And, yes, the album title does refer to composer Maurice Ravel, but this sounds nothing like your typical jazz-classical crossover action. 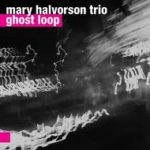 This music is an old rowboat.  The sound of ancient wood straining against the tide, the pained creaks and groans meshing into the comforting wash of waves lapping up against its prow and the soothing hush of them breaking apart and becoming one with the ocean’s surface… all of that combines into music that perpetually sounds like it could come apart at any moment, yet continues rolling along, rocking back and forth with an uneasy lullaby motion.  That’s what you get from this live performance recording from the trio of guitarist Mary Halvorson, bassist John Hébert and drummer Ches Smith.  Strangely captivating. 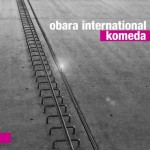 This is an album that prefers life in the hurricane, but vacations often in the serenity of the hurricane’s eye.  Alto saxophonist Maciej Obara, pianist Dominik Wania, drummer Gard Nilssen and double bassist Ole Morten Vågan take on a set of compositions from film soundtrack composer & jazz pianist Krzysztof Komeda and just run off to the horizon with them.  It’s appealing how the quartet opens this live performance recording with more adventurous takes on the originals and gradually scales it back with each successive composition… a satisfying way of bringing the theme home. 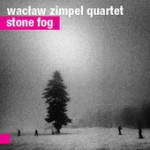 This 2013 release by clarinetist Waclaw Zimpel is one I keep coming back to, time and again.  Stone Fog alternates between delicate expressions of a peaceful state and volatile bursts of unbounded motion.  And it’s the way in which those two polar extremes feed off one another that makes this a winning album.

I wrote a whole lot more about this album when it first came out.

Power of the Horns – Alaman 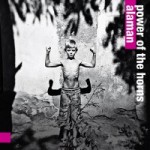 Alaman is a live recording from the big band Power of the Horns, an outfit led by Piotr Damasiewicz.  It’s music that echoes the experimental big bands and large ensembles of the fertile 1960-1970’s free improvisation avant-garde axis, but offered up with a new voice, sounding fresh and vibrant and no less experimental with its own sense of daring and fearlessness.

I wrote a whole lot more about this album when it first came out.

And there’s gonna be a couple more similar columns hitting upon the For Tune catalog coming up, so be sure to check back in often.

In the meantime, a great resource on Jazz from the Poland scene, check out Maciej Nowotny‘s excellent site Polish-Jazz Blogspot (LINK)