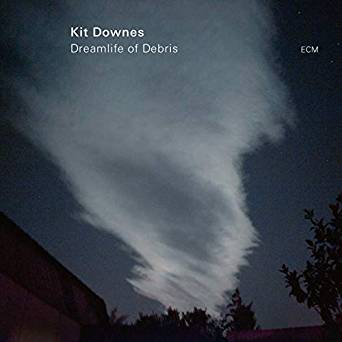 Kit Downes has spent the last decade performing in churches.  His duos with Tom Challenger were an intriguing display of how the convergence of organ and tenor saxophone played with the strategic acoustics of these places of worship.  His duos with cellist Lucy Railton had much the same effect, even if the venue was something more conventional.  But the value of many of those recordings were measured in intrigue, and there was a tangible sense that Downes was still deep in exploration.  His 2019 release Dreamlife of Debris is far closer to proof of a discovery.  Switching between piano and organ, and adding drummer Sebastian Rochford and guitarist Stian Westerhus to the mix (along with Railton and Challenger), Downes presents some rather stunning pieces that range from an ethereal presence to a striking harmonic pose.  Judged on its own merits, Dreamlife of Debris is one of the strongest recordings of 2019, but in the context of following an artist’s creative trajectory, it’s the precious and exhilarating experience music fans live for.