Big reason to be in Lexington: Brian Krock’s liddle at J.Gumbo’s Lex on May 15th

It would be a very good idea to be in Lexington, KY on Wednesday night, May 15th.  Brian Krock’s liddle will be hitting town for a 8pm show in the J.Gumbo’s Lex courtyard, located in the North Limestone corridor.  The latest installment of the J.Gumbo’s Lex music series will see Krock performing music from his sophomore release liddle.

The saxophonist’s debut Big Heart Machine was a car chase movie scene as big band ensemble performance.  By way of introduction, it was a bold statement that caught the attention of critics and fans alike.  Krock’s follow-up brings him back full circle to the core quartet that began it all.  The sophomore release liddle generates the frenetic energy and sudden changes that marked the success of his big band debut.

This iteration of Krock’s liddle ensemble includes guitarist Olli Hirvonen, bassist Marty Kenney, and drummer Steven Crammer.  Lexington, KY has recently been host to a number of all-star outfits from the modern jazz scene.  This is yet one more instance of outstanding music hitting town.

Here’s a track off their new album, liddle…

It’s available for purchase on Bandcamp and Amazon.  I imagine that you will also have the opportunity to purchase music from the merch table on the night of the show.

The show is happening along the NoLi corridor, in the J.Gumbo’s Lex courtyard.  Previously the site of art installations, the expanded courtyard now doubles as a performance area.  It should be a great night to have a drink outside and hear some great music.  Tickets are $10.  If a meal is purchased inside at the restaurant, the ticket price is included with the meal.  In addition, the meal-ticket deal comes with a guarantee for outside seating at the show.  Reservations are highly recommended, as previous shows in the music series have sold out, and the venue is currently reporting that open slots are almost all gone.  But don’t worry, there is additional capacity for show-only attendees. 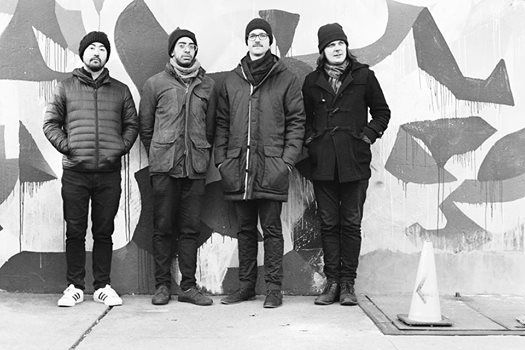 If you ‘d like to read more about the band and their music, check out Water Tunis’s interview with Brian Krock for UnderMain.

My write-up of Krock’s liddle has been published The Bandcamp Daily.  It was included in my latest Best Jazz on Bandcamp recommendations column.  In the meantime, here’s a write-up of his big band debut, Big Heart Machine.  You should definitely go scoop that one up.  It’s pretty amazing.

… And the second at Freddy’s Bar in Brooklyn.

Your Tuesday night plans suck if they don’t include catching The Chicago Plan at the Niles Gallery Now up: April’s Best Jazz on Bandcamp recommendations