Today’s post reveals the 16th through the 20th Bird is the Worm albums of the year.

For each album considered for inclusion, I was looking for it to hit me right in my heart, provoke a strong emotional reaction. I was also looking for it to engage my brain, provide some intrigue or fascination with the music being presented. Extra points were awarded for doing Something Different or building on a premise that embraced the best qualities of creativity. Strong musicianship alone is not enough. Many solid albums didn’t make the list. It literally pains me when I see some of the albums that weren’t included. But I listen to a lot of music, and one of the rare downsides to encountering so much great Jazz is that some of it won’t receive the recognition it deserves. So there you have it.

There is a link to a more formal review following each entry. The text that accompanies each album isn’t a review so much as reminiscences of aspects of the recording I liked when I first heard it and how I still feel about it now. I wasn’t looking to sum any of them up… that’s what reviews are for. Most reviews are accompanied with embedded audio so you can hear some of the music, as well as personnel and label information, links to artist, label, and retail sites, and anything else that seemed relevant/helpful to me at the time. 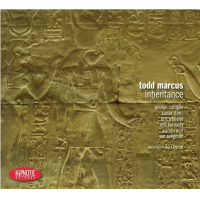 I’ve always had a thing for bass clarinet. A deep soulful sound that likes to spill messy notes that are fuzzy at the edges. Marcus shows that need not always be the case. Displaying the instruments ability to sound crisp and clear, Marcus swings through a set of modern tunes that are equally joyful and engaging. Slight influence of Middle East music just adds to the intrigue. Straight-ahead jazz, but nothing straight-forward about it. An album that keeps getting better to my ears with each subsequent listen.

Released on the Hipnotic Records label. 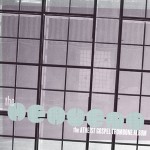 Garchik’s nine-part suite for trombone choir, with each part performed by himself solo, should alone be enough to earn him a slot somewhere on a Best Of list… but that, in the process, he created a supremely listenable album from the seed of a tricky premise just makes the feat all the more remarkable. Soulful, joyous, and celebratory. Modern jazz that will appeal to fans up and down the continuum.

The album is Self-Produced, released on Garchik’s own Yestereve Records. 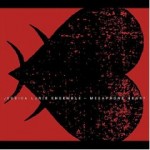 This was the album I’d been waiting for from Lurie. Her mix of Seattle-infused rainy-day jazz and Balkan folk always appealed to me personally, and spoke of the innovation and originality so relevant to a discussion of Jazz’s best qualities. But as much as I enjoyed Shop of Wild Dreams and Licorice & Smoke, there was something slightly uneven about them. On Megaphone Heart, Lurie offers up an expanded tunefulness that elevates this recording to a higher plateau. And that she does this without losing her edge or compromising her voice just goes to show how substantive her music development is. It’s fun to listen in as a musician’s sound develops, and even better when the result is as special as this album is. Honestly, I’ll probably go back and re-tag my original review of this album to be included in the Something Different review series. This album and artist totally nail the inclusion criteria. The title-track still sends chills up my spine. 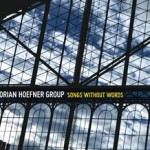 Of all the albums in my Top 30, this one here may be the recording most focused on jazz composition as songs. Aside from a free-form opening track, the other album tracks have some conventional forms for composition bookends and the melodies are all wheat-no chaff, and give just the right whiff of pop-music sensibility. Length of album tracks aren’t too short, nor too long. And it’s the thoughtful care Hoefner put into the creation of these melodies that makes this a signature album. Complex emotions are made deceptively simple, and a recording that gives plenty of opportunity to hum along is also one that will stimulate some serious thought.

Released on the Origin Arts label. 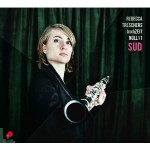 I keep waiting for the spark to die on this album, but it just won’t quit. Led by Trescher’s woodwinds, this plays Music To Prowl To. Ominous, dangerous, and an obvious weight to its punch. Yet just when things get all heavy, Trescher floats a sublime melody through the room, and everything is beautiful. Contemplative to be sure, but it’s also got an emotional subtext that’s subtle, but makes its presence known. Fans of Marty Ehrlich should be all over this recording. Sweetly unconventional.

Released on the Metropol Musik label.