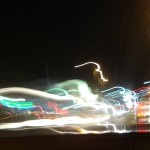 A Best Of album has to hit me right in my heart and provoke a strong emotional reaction. A Best Of album has to engage my head and elicit a cerebral connection. Give me some intrigue. Show me your music has got personality. Extra points are awarded for doing Something Different. I want to hear music that embraces the best qualities of creativity. Strong musicianship alone is not enough. Many excellent albums fall short of earning a slot on the list. It literally pains me when I see some of the albums that aren’t included on my Best Of lists. But I listen to a lot of music, and one of the rare downsides to encountering so much great Jazz is that some of it won’t receive the recognition it deserves. So there you have it.

No matter how diligent a listener is and no matter how thoroughly that person covers the music scene, there will always be albums that slip through the cracks. The equation of scarcity of time vs. the overflow of music always leaves a trail of victims in its wake. It’s also a matter of subjectivity. I do my best to make objectivity the guiding force of all my decisions, judging each album’s qualities without consideration for my own personal preferences… at least, as much as I am humanly able. I can say for certain, my Best of 2015 list has ended up much different than my personal Favorites of 2015 list. No attempt to encapsulate the 2015 jazz recordings landscape will be fully comprehensive, but I humbly offer up my list with a confidence that these albums represent the best that 2015 had to offer. But it’s a list that’s likely to gain some addenda with the passing of time. The process of discovery never truly ends.

As with any Best Of year, 2015 is more accurately represented by the date range of November 1st, 2014 to October 30th, 2015. This ain’t no damn pop music… there’s definitely love at first sight with these recordings, but for a Best Of list, there’s gotta be some time allowed, also, for assessing the times for acclimation, absorption and endurance of these recordings.

What you’ll read below are not reviews. They are simple one-take thoughts, reminiscences, fragments of recollections, and brief opinions about how each album struck me both now and when I first heard it or anything I just felt like noting about the album as I quickly typed up these tiny synopses. I’ve provided a link to a more formal write-up following each entry, and that’s where you go to find out what’s what about each recording. Those write-ups are accompanied with embedded audio of an album track, as well as personnel and label information, links to artist, label, and retail sites, and anything else that seemed relevant at the time I wrote about the album. Follow those links. They might just lead to your next most favorite album ever.

So, with all that out of the way… 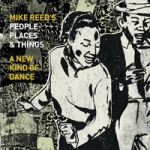 Drummer Reed’s newest is an old-school throwback to when the hard bop to free avant-garde transition was new school.  When I put in one of those classic Jackie McLean Blue Note recordings, it still kicks out some serious electricity, its voltage dimmed not a bit with the passing of time.  That’s the kind of action Reed is able to generate with his quartet of alto saxophonist Greg Ward, tenor saxophonist Tim Haldeman and bassist Jason Roebke (plus guest spots from all-stars, pianist Matthew Shipp and trumpeter Marquis Hill).  There’s a bluntness and acerbity to the formulation and execution of expressions, but there’s a deep soul and a euphoric energy, too, and it’s why this music gives off an abundance of warmth and sounds, well, pretty damn cheerful.  Reed’s been making his mark by giving simultaneous views of old- and new-school bop-to-free jazz, and this is arguably his best yet.  I’m slow to wake to the day, sort of a no-dissonance-before-dinnertime kind of guy.  This album?  There’s been a few times it’s sent me off to start my day.  Great albums are able to transcend personal preferences.  That’s just one of many reasons A New Kind of Dance has earned a spot on this list.

Read more on Bird is the Work (LINK). 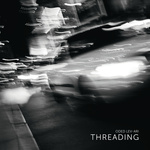 Threading continues to fascinate me.  Composer Lev-Ari’s debut has a wide arc of expressions and influences, and rather than bundle it all up into one singular point of view, instead, he provides the album a sense of cohesion with a subtend of tasteful classicism… even when the music is at its most modern.  Contemporary classical, jazz improvisation and refined pop music are the primary ingredients that inform his wide arc of creativity.  The album presents itself as a series of photos, of still-lifes of jazz that Lev-Ari has been envisioning ever since he planned to record his first album.  The imagery on this recording is potent, and nine months since it was first released, its strength shows no sign of dwindling.

Jazz giant Charles Lloyd has gone through the changes in his many decades as a vital force in the evolution of jazz, and while the different studio sessions always will provide an artist the chance to refine or revolutionize his or her particular sound at any point in time, nothing lays bare the genuine amount of experience earned from sincere creative endeavors quite like getting up on stage and just letting loose.  This live performance recording is just stunning.  I remember being blown away the first time I heard it, and as I went through and revisited the candidates for this year’s Best Of list, when I came back around to it, Wild Man Dance had lost none of its intensity or power.  Several long-form pieces, many which incorporate his forays into Greek music, and they all just crackle with electricity.  A great live performance recording makes you feel as if you’re truly there in person.  The very best make you insanely jealous of those who really were in the audience.  I am insanely jealous of those people.  Don’t go thinking it’ll be any different for you.  Joining Lloyd and his tenor sax on this set are pianist Gerald Clayton, bassist Joe Sanders, drummer Gerald Cleaver, and Sokratis Sinopoulos & Miklos Lucaks adding lyra and cymbalom.  2015 seemed to have an abundance of extraordinary live performance recordings.  This one is arguably the best of the batch. 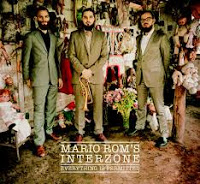 This trumpet-bass-drums trio slams their foot on the gas pedal from the first note and never really lets up.  Even a turn with a ballad possesses a sense of urgency.  The thing of it is, they display a lyrical precision that brings huge clarity to all the wild motion.  That kind of beat writer era storytelling style fuses well with their Burroughs theme.  It also leads to some serious imagery that’s sharp as a knife, and as alluring as a full moon and a night sky of stars.  A definitive personality to this one… it doesn’t change up much, but gives evidence of all kinds of depth.  If you’re into a trumpet-led album, you’re not likely to find a more fun ride than this in 2015.  That said, trumpeter Rom’s counterparts, Herbert Pirker on drums and Lukas Kranzelbinder on double bass, contribute as much to the lyricism as the session leader, and it’s very easy to find yourself immersing yourself in any one of the instrument’s trajectories at any one moment in time. 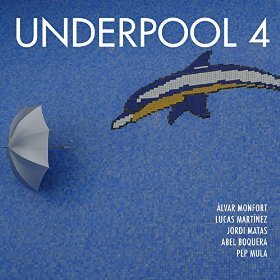 The under-the-radar Underpool organization serves as performance space, recording studio and music label for improvising musicians from the Barcelona scene.  Their “collective” series brings together different musicians, each armed with one of their own compositions and prepared to contribute to those of their collaborators.  The result is a wonderfully diverse array of modern jazz expressionism, as well as a nifty mix of composition plans and in-the-studio improvisation.  They’ve released four of such collaborations thus far, each a gem, but it’s the fourth of the series that shines brightest.  You get some free jazz dissonance, some Brian Blade Fellowship melodic brilliance, some straight-ahead bop (both old-school and modern), some folk-jazz and any number of other permutations of what gets categorized as modern jazz these days.  The sense of musicians coming together and jelling on each of their counterpart’s compositions is seriously palpable, and embodies so much of what is great about jazz and the way it is able to capture life fully as it exists in the present moment.  On this session, your musicians are Àlvar Monfort on trumpet, Lucas Martínez on tenor sax, Jordi Matas on guitar, Abel Boquera on keyboards and Pep Mula on drums.  Follow the link below and get acquainted with this outfit… it’s one excellent album after the other.