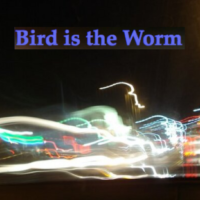 Today’s is the seventh anniversary of Bird is the Worm flipping on the open sign.

When I began this site, I figured, two, three years max. I would put everything I had into it for that brief time, and then it would be over… a curiosity that would get recalled every now and then as a tangent to a long twitter discussion or something that would pop up as a memory in a reader’s facebook timeline. But here I am, already making plans for how this site will operate for its eighth year.

I’ll be discussing some of those changes once the Best of 2018 festivities are concluded. Some of those changes you’re seeing already. But there will be more. I’ve finally accepted that this site is a permanent thing in my life, and so I’ll be retrofitting it to behave as such.

Speaking of Best of 2018… typically those began mid-December and ended with the Album of the Year announcement on December 31st. Well, it’s looking like the Best of 2018 list won’t begin until January 1st of 2019. As you’ve probably noticed, this site has had some downtime in 2018 (see above: retrofitting it into my normal life). We have some catching up to do. Starting the motor up of Best of 2018 on January 1st should provide the time I need to take care of your year-end list needs.

My sincere thanks to everyone who stops by this site to give music a listen. Let’s keep doing this.