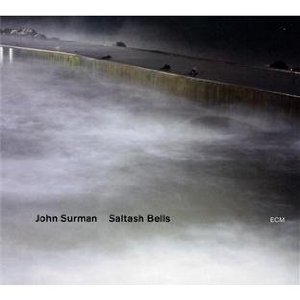 There are solo albums when it is just an artist and their instrument, alone in a room, and their sound as naked as sunlight in a world without shadows.  No looping, overdubbing, effects, or other wrinkles; just one sound all by its lonesome.  Albums like Lynne Arriale’s Solo and Colin Stetson’s New History Warfare Volume II: The Judges are nice examples of this.  The reward of these albums is the stark honesty such music provides, that the artist, with nowhere to hide, puts the music out there As It Really Is.  The danger manifests with the risk that the artist has less to say or is less able to say it than the endeavor requires.

But then you also have the kind of solo album where the artist takes any and all instruments that catch their fancy, and utilize all of the tools that modern technology offers them, the result often sounding like an ensemble recording:  Textured, diverse, and prolific.  An artist sitting alone in a roomful of instruments and toys, an entire world of sound available to them, a world full of shadows to complement the sunlight.  There is an appeal in a recording that employs this method, that in the boundlessness of possibilities, the creative vision can stretch out as far as it chooses, as opposed to creating the perfect world with less.  The danger in this approach is that the music ends up sounding like a lot of disjointed noodling.

John Surman‘s solo effort, Saltash Bells, falls into the latter category, and, thankfully, does it right.

This is early morning music, something to greet the sun as it rises over the horizon.  This is late night music, a lullaby for the crickets as they doze off to sleep.

The tenor and bari saxophones and clarinets take turns humming comforting notes while synthesizers and effects add a susurrus pulse to fall between woodwind heartbeats.

The soprano and alto saxes and clarinets call out softly but urgently while synthesizer rhythms scoot right along beside them.

Occasionally, the sound of bells chiming, a sound more soft than sharp, providing a bit of nuance that goes a long way in a recording like this.

On some tracks, like “Glass Flower,” it’s clean, simple, and sparse.  On tracks like “On Staddon Heights,” the sound is more akin to a modernized version of the jazz-new age successfully performed by the Andy Summers/Robert Fripp crowds in the eighties… shiny and frenetic, with a warm comforting sheen.  Tunes like the title-track “Saltash Bells” are pristine like freshly falling snow, and mournful like dreams of summer days lost.  But nuance aside, this is an album that could’ve been presented as one long track; the cohesion is thick as the music is light.  It’s music that embodies those elements that make people love soundtracks and want to refer to albums as cinematic.  The imagery isn’t seen as much as implied.  Music of an opaque haziness, like out of dreams.

It’s the harmonies than carry the day.  The layering of sounds, looped over one another, are the prettiest damn things you’ll hear.  The melodies are more often hinted at rather than stated, even when they lead out on a tune.  Because, ultimately, the beauty of the album is illustrated by those harmonies.

Surman has been making moody quasi-jazz albums for decades, mostly for the ECM label (significant in that ECM Records is the vanguard label when it comes to introverted Euro-Jazz).  Saltash Bells isn’t a huge leap forward for him.  Hell, it’s hardly the first solo album he’s recorded.  1995’s A Biography of the Rev. Absalom Dawe doesn’t sound too far distant from Saltash Bells, though it’s generally more austere in sound.  Likewise, 1979’s Upon Reflection comes off as a slightly more caffeinated version of Saltash Bells.  1988’s Private City incorporates many of the New Age sensibilities that were prevalent at the time in Jazz, and not as strongly represented on Surman’s current recording.  The only real variation in sound for the solo format for Surman would be in comparison to 1972’s Westering Home, which delves into the curious blend of World Jazz and avant-garde blossoming in that decade.

I guess where I’m going with all this Looking Back is that I had hoped for a new plateau in solo creativity from Surman on his current recording.  It’s a little disappointing that didn’t happen, though only as much as one can be disappointed with one’s favorite blanket, taken right out of the dryer all warm and comfy.

This isn’t experimental music or music that takes huge leaps forward for him personally or the genre as a whole.  It isn’t prodigiously challenging, nor does it present a compelling joyousness.  It’s not going to make my year-end Best of 2012 list.  However, it is a beautiful album that I have been listening to several times a week for the last couple months since first I heard it.  I don’t expect this trend to change.  Saltash Bells doesn’t do anything new, but Surman proves he’s more than capable of doing it right each and every time.

Jazz from the UK.

Released on the ECM Records label.