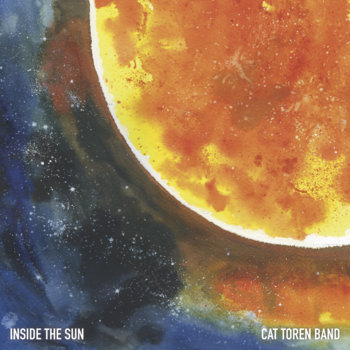 The melodies of Inside the Sun are in a perpetual transitory state.  They emerge as a pronouncement, as a shout, as a whisper, but they never stay in the same state twice, and when one proffers a particular frame of imagery, it will never make a return appearance.  Each tune exists in the moment, one to the next.  What’s particularly refreshing about how Cat Toren wields this approach is that each song very much gives the impression of opening and closing statements; it’s just difficult to specifically explain how those bookends relate to everything that came in between… and, yet, they do.

Of particular interest is how this contrasts with her excellent 2017 release Cat Toren’s HUMAN KIND.  That album is an updated spiritual jazz, and even with its passages of free improv and the ensemble’s willingness to explore a melody far and wide, each piece presents a structural form and clear point of view.  Inside the Sun, on the other hand, has a mystical presence, of folk music that’s tied more to elemental sources than historical or societal.  It makes for an intriguing compare and contrast, because though the two albums possess very distinct personalities, there’s no doubt they come from the same creative source.

Toren’s newest album was one of my Best of Bandcamp Jazz recommendations (go read it), and it seemed like a good excuse to also give her 2015 release Inside the Sun a shout-out.

This Self-Produced album was released in 2015.

Preview tracks from both of the upcoming new albums by Anat Cohen Now up: February’s “Best of Bandcamp Jazz” recommendations