Recommended: Gregg Belisle-Chi – “I Sang To You and the Moon” 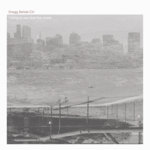 There’s a wonderful simplicity to I Sang To You and the Moon.  Melodies are breathed out slowly and the notes hang in the air and gradually fade away just as the next takes its turn.  The tempos are a direct result of the languid pace of melodic expression, and it’s why each song is like floating in space.  Influenced by the poetry of Carl Sandburg, the quartet of guitarist Gregg Belisle-Chi, vocalist Chelsea Crabtree, trumpeter Raymond Larsen and bassist Carmen Rothwell allow the meaning of the words and they’re tonal contributions to the instrumentals possess equal weight.  It’s why sometimes the words “… the touch of dreams is over all” of “Between Two Hills” is a scene described and sometimes it’s a wordless experience of the music itself.  The music may very well be anchored to poetry, but the reason for the album’s success is that it is able to rise freely with it, at times one work of creativity indistinguishable from the other.  That kind of unison is why I Sang To You and the Moon transcends its inspiration and becomes something more, something new, something quite beautiful.

Jazz from the Seattle, WA scene.

Worth noting that Tyrant Lizard is the quartet less the vocals of Chelsea Crabtree, and their recent self-titled debut received some warm words on this site.

Read about it (LINK).