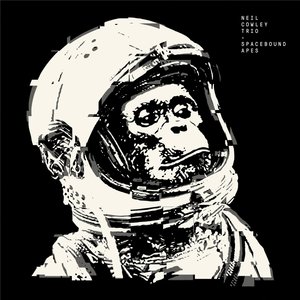 What’s becoming increasingly evident over the last few Neil Cowley Trio recordings is how comfortable they have become engaging in the art of nuance.  Cowley’s earlier recordings saw him firmly entrenched in a prevalent form of modern piano trio, where pop-music melodies were crafted at high speeds and delivered up as bold pronouncements, and even when the tempo did shift downward, the message was conveyed with the same dramatic flair.  It made for exciting music, definitely fun, too, and just enough sense of humor and intelligence to keep things cerebral.  But each successive recording increasingly highlighted a static quality that just begged to get shook off.

And then the trio released 2012’s The Face of Mount Molehill, where the addition of strings added new textures and manifested new possibilities.  But more essential to the trio’s evolution were the tracks that offered up a dreamy atmosphere and possessed a thoughtful motion that explored the tiny possibilities rather than exploit the grand proclamations.  And a return to the trio formation on 2014’s Touch and Flee saw that new development continue to evolve with songs that generated spirit by speaking calmly and with an unassuming demeanor.

Now, on their newest, Spacebound Apes, the trio’s transformation is even more startling.

Part of a larger multi-media project, Spacebound Apes attempts to be the story as much as the soundtrack, and it’s why the flow from song to song is somewhat punctuated, as if delineating the end and subsequent beginning of chapters in a book.

More to the point, though, is how dramatically the solemn moments resonate.  There’s no missing the emphasis on restraint with tracks like “Weightless,” “Hubris Major” and “Grace” and how the trio patiently coaxes the tiniest lights in each to burn with the greatest strength.  It’s an effort that scores extra points when the tone swings the other way on the delightfully twirling “Garden of Love” or those tracks that hearken back to the familiar singular focus up-tempo approach on a track like “The City and the Stars.”  The shifts between the various states can be jarring, abrupt, even.  Sometimes this is how a story unfolds.

And in the case of the Neil Cowley Trio and Spacebound Apes, ultimately, that statement applies to both band and album.

Spacebound Apes is released on Cowley’s label, Hide Inside Records.

Music from the London scene.

It’s also available on Cowley’s Music Glue page, which also lists combo retail packages that include other parts of the multi-media project, plus other stuff (LINK).

Here’s a LINK to a Neil Cowley Trio Tumblr page that is part of the multi-media project.

Here’s a LINK to another Spacebound Apes project site.

These are videos that I like: Andre Santos and a music box Recommended: Franklin Kiermyer – “Closer to the Sun”