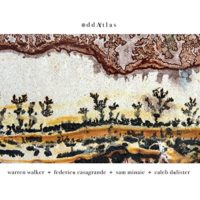 I mean, damn, but do the quartet OddAtlas know how to make a melody simmer into a slow burn.  And it’s not the heat generated that forges the connection, but the hypnotic effect of the melody’s flickering light.  It transfixes the same whether the song smolders or shines bright.  The quartet of guitarist Federico Casagrande, saxophonist Warren Walker, bassist Sam Minaie, and drummer Caleb Dolister aren’t shy about mixing in heavy infusions of post-rock to their modern jazz sound, and the willingness to stomp instead of swing provides that much richer environment for melodies thrive.  This is a recording that I’ll be returning to for years to come.