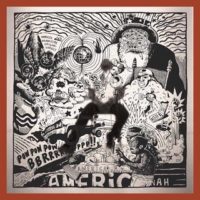 This album is stunning.  It’s stunning, and it comes from all directions, in all contexts.  Ambrose Akinmusire brings together an exquisite unity of modern jazz, hip hop, chamber music, R&B, pop, rap and spoken word that is unlike anything else out there.  The influences are like swirling tides in a single body of water, entering confluences and then breaking apart and colliding.  The themes of racism, political divides, and societal barriers possess an immediacy that never goes away even as you drift away to the beauty of the music.  The motion of the music incites the image of dance, elicits it from the listener.  Rarely does spoken word and rap merge so well in a jazz setting as it does here, where the powerful meaning of the words melts lovingly into the flow of the instruments, one not taking a dominant role over the other, while also allowing the cadence of the vocal delivery to behave, too, as an additional percussive instrument.  This album is stunning in that way it brings classic forms of expression into the fold with those modern, as if attempting to prove that the passing of time is merely a device of perception and that all music of all ages truly exists all in the same breath.  Origami Harvest is stunning, and it is sublime, and with the passing of time and opportunity for contemplation, those qualities are likely to resonate with ever increasing strength.