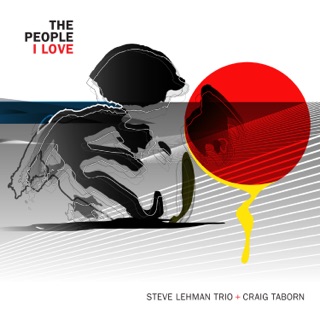 In describing the music of Steve Lehman for The Bandcamp Daily, I wrote, “There is an immediacy to Steve Lehman’s music. Sometimes, it’s aggressive and in your face; other times, it just draws you in with its personal magnetism. You can’t look away; it’s as if the music is revealing something hidden about you, or is so alien that you stare in fascination.”  It’s about as close as I’ve ever come to describing the saxophonist’s music, and how it hits me.  It wasn’t easy coming by.

There is a decisively combustible nature to Lehman’s sound.  It has much to do with why it’s so arresting and so fun.  But there is also clearly more to it, though that more is not easily identifiable.  His 2019 release The People I Love brought some clarity to the subtleties of the music’s defining characteristics.  Yes, the immediacy of the music is still an omnipresent force, but this album reveals that the aggressiveness is simply a byproduct, and that the immediacy has more to do with the subject of focus.  In this specific instance, The People I Love celebrates ten year of the alto saxophonist’s trio with bassist Matt Brewer and drummer Damion Reid.  There’s your focus.

This is an album of ballads.  They certainly don’t all present themselves that way, but they strike the heart with the same thoughtfulness and care as those tunes that gift wrap the ballad in soft tones and slowly poured melodies.  This quality, as much as any the album presents, is what makes it so damn special.

For this session, the trio are joined by pianist Craig Taborn, which is a good reason to celebrate for any reason at all.