A promising development on the jazz scene here in Kentucky is an old venue given a new purpose.  Dreamland has been hosting concerts regularly now, crossing over many genres, but typically by artists that fall outside the mainstream.  Next weekend, April 16th-19th, will be their inaugural Improvisational Jazz Festival.

All shows begin at 8pm.

And here’s a bit of background for each show:

Saxophonist Watts and pianist Weston are vets of the UK improv scene.  The list of their collaborations contain enough musicians to make up an entire wing in the jazz hall of fame.  For now, they’re working as a duo.  Their nifty 2012 release Dialogues In Two Places is one you’re gonna want to look at.  For this show, expect plenty of quick-footed stream-of-conscious interplay, where sublime moments emerge from a fog of chaos.

Here’s a live performance video to get a sense of things (LINK).

Saxophonist Wright is another vet of the jazz improv & experimental scene, and he’s a guy who’s been willing to chat up anybody on sax, whether they’re a jazz giant or a complete newbie.  This has led to conversational skills that result in some fascinating moments.  He’s currently touring with bassist Evan Lipson and percussionist Ben Bennett… his Wrest trio.  Do not expect any pretty interludes for this one.  Dissonance will rule the day.  But out of these highly charged, fully improvisational performances can occur the most inspired passages… that’s the gift of witnessing a performance like this.  Also, sometimes it’s just fun to listen to the way the notes collide with one another, where poetry gets warped and bruised and the flaws are as revealing as the occasional moments of unison.

Here’s a link to a Soundcloud page with a stream of a live show (LINK).

Oh hell yes.  Multi-reedist Vandermark is a huge part of Chicago’s thriving jazz improv & experimental scenes.  His various ensembles have created some of the most alluring music out of dissonance and conflict, where captivating melodic passages suddenly coalesce from seemingly disparate streams of improvisation, and strangely tuneful sections appear out of nowhere, but make perfect sense as they occur.  Percussionist Barnes, the artistic director of Dreamland, has an impressively diverse range of collaborations, from Okkyung Lee to Nate Wooley to Wilco/Kotche/et al.  I can’t even begin to guess what form or shape this music will take on Saturday, but this is one you don’t want to miss.

Here’s a LINK to my recommendation of a recent Vandermark recording.  You should go buy it.

Here’s a LINK to explore more of Vandermark’s music. 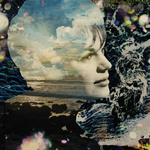 Oh for the love of god, you need to go to this show.  Cornetist Mazurek is one of the most creative musicians living today.  His recent release, Return the Tides: Ascension Suite and Holy Ghost was the Bird is the Worm Best of 2014 #2 album of the year.  His Black Cube SP ensemble is a mix of his São Paulo Underground and other familiar artists, and their blend of Brazilian Tropicália, modern jazz, and indie-rock is as powerful an expression of sound as you’ll find.  It’s got the same kind of punch as Miles Davis’s Tribute to Jack Johnson, but an even denser, complex sound.

Read my recommendation of this album (LINK).  It also contains links to all kinds of information about the artist and album.

Here’s some music from the album Return the Tides…

Visit the Dreamland site for more information (LINK).  This is a great opportunity to check out some excellent music.  Try to see at least one of the shows.

Also, to all you touring musicians, if you’ve setting something up that hits cities like Cincinnati, St. Louis, Nashville and Indy, you might want to get in touch with Dreamland as a possible tour stop in between those towns.

By davesumner • Jazz in Kentucky • 0

Recommended: Linus – “Linus + Skarbø / Leroux” These are videos that I like: Rob Mazurek & Black Cube SP