Recapping the Best of 2011: Tunnel Six and the Chad McCullough-Bram Weijters Quartet 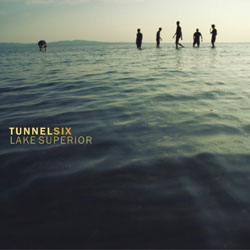 Sometimes you just gotta trust in coincidence. Six young jazzers came from across the U.S. and Canada to a music workshop at the Banff Center in Alberta, Canada. They began collaborating. They began touring. They called themselves Tunnel Six. One missed flight, one change in plans, one bad case of the flu, anything that would’ve prevented any one of these six musicians from joining, they never would’ve put out one of the best albums of 2011.

Opening notes full of intrigue, leaving the listener unsure what to expect. Then bass with a simple repetition to ground things in preparation for a series of brief solos by each of the ensemble members, slowly building intensity up to a thrilling finale. The first track “Tunnel Mountain” is emblematic of the music relationship this sextet has with one another and their approach to the compositions. There is a maturity in the way they share the spotlight, in how they support the soloist and in the way that the soloist responds to the supporting cast that belies the short time they’ve been playing together. The strength of their interplay is definitely one of the aspects that made Lake Superior as strong as it is. Another is strong musicianship.

The trend of democratic soloing continues on the second track “Moose Warrior”, with piano and bass setting the table for some blistering guitar work that, in turn, makes way for both piano and bass to do some nifty soloing on their own before stepping aside for trumpet and sax to take turns.

The third track “Lake Superior” being similar to the first, with a beautiful meandering piano intro, and then trumpet a soft accompaniment. Piano continues to develop the tune, ever so slowly raising the intensity, the rest of the ensemble underscoring it with a quickstep rhythm. When piano makes way for sax, it goes from an uptempo piece to a blues with some swing and some soul.

Those first three tracks… what you hear is what you get throughout all of the album. This is definitely a modern jazz album, fitting into a trend that has slowly begun to be referred to as nu-jazz (though that’s still a very fuzzy subgenre). More specifically, rather than the traditional jazz composition pattern of opening, statement of melody, solo, solo, solo, return to melody, end (or similar to that; you get my meaning), Lake Superior has more of a storytelling approach to composition: The end point of the tune may look nothing like the starting point, melodies may or may not resolve, rhythmic element of modern/Indie Rock will be utilized, and, well, it typically won’t sound like a jazz album from 1959. That Tunnel Six can embrace these characteristics and still create what is essentially a Jazz Album, that’s what makes this recording so thrilling.

They hail from New York, Halifax, Seattle, Portland, and Toronto.  Touring seems to be restricted, thus far, to US Pacific Northwest and Canada.

Released on the Origin/OA2 label. 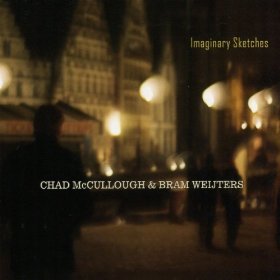 Trumpet. Piano. Bass. Drums.  That’s how I’m gonna start this Tiny Review.  Four instruments; four simple words, and the short silent pause in between each unhurried word.  In a world of modern jazz, where the sounds are as disparate as the instrumentation, here, on Imaginary Sketches, we have a simple straight-forward jazz album with modern jazz artists expressing the jazz tradition in their own voice.

This is a sublime affair, a beauty in the simplicity of the music, of how it’s perpetually unhurried, and how it’s so easy to appreciate each of the notes in each of the moments that comprise this excellent album. That’s how I feel about it.

Chad McCullough has a way of making the silence between notes seem like an extension of the notes themselves.  I don’t mean in that masterful way that Miles Davis used silence to enhance the impact of what he played, but more like McCullough applies such a graceful touch to the end of each note that it still seems to ring even after it become inaudible.

And Bram Weijters is a perfect match for McCullough.  Though his voice on piano has a sharpness to it that contrasts with McCullough’s warmth, it’s no less graceful in its sound and its respect for the silence between notes.

Whether it’s the moody strolls of “Imaginary Folk Song” and “Burning Question” or a hopping track like “Free As Poetry” or the slow ballad “Late Night Long Drive”, the quartet stays light on their feet without surrendering a low centered gravity.  What results is happy-to-be-right-where-we’re-at casualness, letting the compositions and musicians speak for themselves.  It’s a great album for a night when there’s nowhere to go and you can just sit back and listen.  The album doesn’t require your full attention to enjoy it, but it’ll probably grab it all anyways.

Jazz from the Pacific Northwest scene, though Weijters is from Antwerp, so tough to nail this group down to one geographical region.

Released on the Origin/OA2 label.