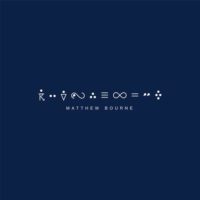 There’s a sparseness to Isotach and it’s delivered with a delicate touch, and yet somehow, each piece resonates with a strength that could obliterate entire cities with a single note.  After a series of recordings sourcing from experiments on the moog, Matthew Bourne returns to piano, and the results are as stunning as anything released this year.  These are solo piano pieces vivid as dreams… the kind that are remembered long after waking and sometimes, if luck prevails, return with the subsequent night’s sleep.  Their structure is best described as ephemeral, but so visceral is the imagery that it radiates a presence that fills the room with its massive beauty.  It’s elemental.  “Valentine” is the patient hum of the wind across the plains, while “Duncan” is the soft rain against the window when the breeze finally settles down.  And then there are those tracks where the actual rain and wind are picked up by the mic and become one with the music.

Bourne adds some cello to the mix.  Little streaks of harmony here and there, like rays of sunlight filtering through gaps in thick, grey clouds.  Bourne recorded Isotach in his home, overlooking the moors of the Yorkshire countryside.  Perhaps the moody scenery influenced the music, but so powerful is the effect of this music, it’s not impossible to suggest that perhaps it was the music, instead, that influenced the surroundings.

The album opens with the title-track “Isotach.”  It was a piece originally targeted for a Nils Frahm project.  Isotach is a bird-of-a-feather album to many in Frahm’s own discography, nestled in that place where extreme brevity and blistering melodicism can be as dramatic as the work of an orchestra, as moving as the morning sunrise after the darkest night of your life.

It just doesn’t get any more beautiful than this.

Released on the Leaf Label.

The Round-up: Remembering all of it is dream Recommended: Josh Nelson – “The Sky Remains”