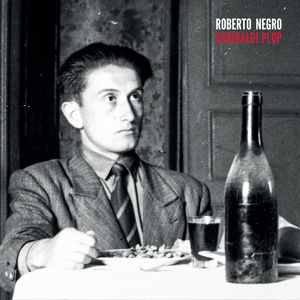 From a lyrical standpoint, Garibaldi Plop possesses the persona of an absurdist.  Melodies are rarely offered up as anything more than fragments, and their primary role appears to be as a doorway from one spectacle of tonal imagery after the next.  The idea of a cohesive story arc is obliterated within the first thirty seconds.  The concept of flow from piece to piece is likewise dismissed.  One trait that does carry through the latest recording from pianist Roberto Negro is an unrelenting tension.  Some of this emanates from Negro’s ominous piano phrasings.  Causing at least an equal, if not greater effect on the omnipresent intensity is the polyrhythmic attack of drummer Sylvain Darrifourcq.  And then there are those arresting moments when cellist Valentin Ceccaldi manifests a presence within the midst of all the tension and volatility, giving a brief shape and form to an environment that gives no indication it’s meant to have it.  There’s some electronics and effects thrown in for good measure, but these are merely undercurrents to the acoustic setting, consisting primarily of modern jazz, chamber music and some avant-rock passages.

Roberto Negro has a habit of making strangely alluring music with a thick streak of humor.  The most notable instance is his release Loving Suite Pour Birdy So, which earned the #10 slot on the Best of 2014 list.  His newest release does nothing to alter that reputation.  Garibaldi Plop is a seriously intriguing album.

Released on the Tricollectif label.