I am here for these solo percussion works on Ventor Records

Melbourne, Australia label Ventor Records states they are here for the rhythmically obsessed.  Nothing about the three solo percussion albums on their Bandcamp page would give any other impression.  Speaking from personal experience, this music will have no less appeal to those of us who consider ourselves more in the camp of incurable melody addicts.  It sure as hell applies to me.  I’m going to run each of ’em down for you. 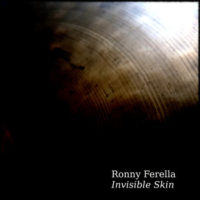 This album bleeds a magnetic personality.  Ronny Ferella holds court on Invisible Skin.  The pace is breezy and the chatter is light on its feet, but there’s a weight of importance to every little sound stirred up.  It’s an onslaught of sound, but it’s a measured aggression, the kind of thing where volatility doesn’t discharge a recoil kickback upon the listener.  The invitation is that it’s safe to immerse yourself in the music.  It’s easy.  Rivulets of percussion and the drone of melodica shape the path of drums, giving form to a state of pure momentum.  It has a run time just exceeding a half hour, and each instance of it reaching the finish line, I can’t believe it’s over so soon.    I am addicted to this recording.

Now where Ronny Ferella was holding forth with conversation, Sam Price constructs a menagerie of cryptic messages.  On Rubicon, the pieces pulse with a lively energy, and their staggered tempos and intermittent signals of electronic effects hint strongly at a hidden meaning behind the seemingly random occurrences.  Even when the droning “Sehnsucht” opens things up for Price’s drum chatter to come through loud and clear, he delivers it as an urgent whisper… which has the effect of enhancing the sense of mystery that already hangs heavily in the air.  When “First Rodeo” lights things up with a foot-tapping tempo and a catchy melody, their gradual deterioration into dissonance by song’s end becomes yet another signal that all is not as it seems with Rubicon. 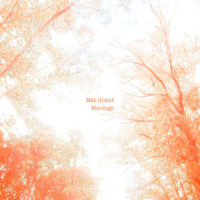 It’s easy to miss at first.  Just for a moment, Nat Grant teases what will come much later.  If it gets past you, at first blush, it appears there’s no mystery to Marengo.  It comes off as the more straight-laced sibling to the wildly unconventional brothers Invisible Skin and Rubicon.  There’s no electronic effects nor any overdubbing of additional percussion instruments… just a musician with her drum set and something to say.  And that seems to be what Nat Grant is doing on Marengo.  It’s the most common of motivations for an artist of any medium… take all of the thoughts and emotions and ineffable ingredients that comprise who that artist is, and give them life through creative focus.  There’s a comfort to be gained from something grounded in the bare essentials.

But that’s not where things end up.  The hydrophone makes its presence known, and the first impression of a straight-ahead recording transforms into a new impression of something quite different.  The flame of intrigue starts to burn at the half way point of the recording, and what was hinted at so subtly in the first fifteen seconds begins to emerge.  It’s a slow reveal, and it gradually increases in speed.  It becomes more than just the dialog of a drum set.  The dialog achieves a richness that has subtlety as its foundation, where the addition of textures, though dramatic at times, burn brightest as nuance, and are best viewed not in how they drive the conversation, but, instead, how they surround it.

It’s a single track of just over thirty-seven minutes, and there ain’t a moment during that span when it seems like Grant is struggling to come up with something more to say.