The Round-up: Because the story is never a closed loop 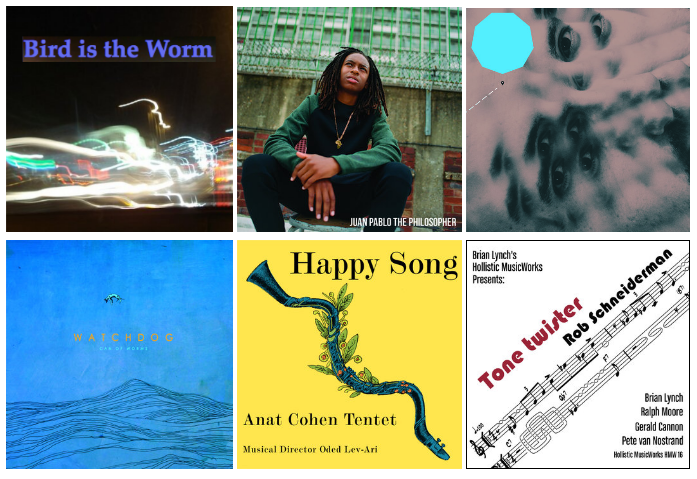 So, with Juan Pablo: The Philosopher, there’s some afro beat, some modern fusion, some strings, some updated cosmic jazz, some edgy post bop, and probably a number of other influences, but nothing where a thick cause-and-effect line could be drawn from one point to the other.  And that doesn’t really seem to be where Ezra Collective is coming from anyway.  This music gives a hat tip to the artists and their music that came before without really intending to represent as sourcing from an official school of jazz music.  That diversity of sound is a big reason this album keeps the ear locked in place at attention.  That said, the live wire electricity of the pieces, and the flow of that voltage from first note to last, can be considered addictive in its own right.  Bassist TJ Koleoso, drummer Femi Koleoso, pianist Joe Armon-Jones, trumpeter Dylan Jones, tenor saxophonist James Mollison, tenor saxophonist Nubya Garcia and tubist Theon Cross are numbered among this interesting new outfit.

Lucas Pino – The Answer Is No (Outside In Music)

The track “Sea Level” is a nice reminder of just how much nuance and loveliness Lucas Pino can weave into a melody.  The tenor saxophonist’s No Net Nonet is able and willing to bring a big sound, dense with harmonies and served up at a brisk tempo.  But those times when he lets a piece breathe nice and slow, aside from its obvious magnetism, it illuminates just how much is going on when a tune comes out with a huge sound.  And make no mistake, those hard-charging pieces are plenty enjoyable.  It’s just nice to get a closer view of what makes them tick.  Pino’s No Net Nonet has a wealth of talent, and on this session, baritone saxophonist Andrew​ ​Gutauskas​ and guitarist Rafal Sarnecki really stand out.

Watchdog – Can of Worms (Label Pince-Oreilles)

There’s a captivating quality to this fun session from the duo Watchdog.  Clarinetist Pierre Horckmans and pianist Anne Quillier create a hazy environment where melodies appear warped and wobbly and out of focus.  The duo exploits those qualities to amplify the harmonic effects, and this is where the real fun begins.  Quillier mixes in some moog and Fender Rhodes, which adds an element of the organic and electronic battling it out within all of that hazy expressionism.  Something a little different, to be sure.

On her newest release, there’s a sense that Anat Cohen couldn’t set upon one specific direction, so she decided to just take them all.  The clarinetist sets upon a tour of the wide expanse of jazz forms, offering up pieces of big band swing, Brazilian, Afro-jazz spiritual, klezmer or just dig into a modern groove.  This is Cohen’s third release in 2017, and no different than the first two to hit the shelves this year, Happy Song has its own distinct personality.  You’re never going to go wrong scooping up a Cohen release.

On a modern jazz landscape where the music can come off as alien to the sound of jazz in its heyday, this pleasant straight-ahead session from pianist Rob Schneiderman will ring familiar.  It benefits greatly from the contributions of trumpeter Brian Lynch, who increasingly becomes remindful of classic Donald Byrd and his combination of sharp lyricism packaged with an innate soulfulness.  And this whole quintet is locked in sync, trading volleys as effortlessly as they move in concert.  Tenor saxophonist Ralph Moore, bassist Gerald Cannon and drummer Pete Van Nostrand round out that quintet.  This is one of two new releases on Lynch’s label, which has given notice that it’ll be releasing more music than just Lynch’s own projects.  Tone Twister, and Hallways from Jared Hall, are a promising start.

Recommended: Brian Blade & the Fellowship Band – “Body and Shadow” Preview “The Influencing Machine” from the upcoming release by Elliot Galvin