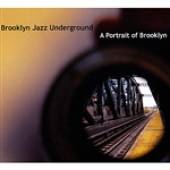 An ensemble recording comprised of artists involved with the Brooklyn Jazz Underground Records label, an artist-run organization.  Each of the ensemble members present a nice pastiche of modern jazz compositions of their own making.  Melodies misshapen and warped, yet retain their beauty.  Rhythms shimmer like on the surface of displaced water.  Emotional shifts that enhance the album’s cohesiveness, rather than detract from it.  Track “The Hill” has a bandstand groove for Friday night dancing.  “The Cherry Bees” has a shimmering melody so intoxicating as to be addictive and so delicate as to threaten to drift away forever.  “Starr St.” has a heart-of-the-city presence, of an entire world of possibilities and stimuli all close enough to reach out and touch.  Just a very strong effort.

You can stream the album on the BJU’s bandcamp page. 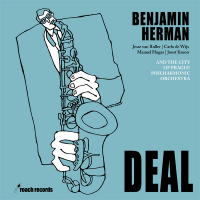 Dutch saxophonist Benjamin Herman has been remarkably consistent over the years.  His sound is very reminiscent of the early 70s when jazz was getting strong infusions of soul, funk, and trip rock.  Herman has a cool jazz sound, amped way up, and his music would be just as comfortable as a soundtrack to a Motown themed movie as it would a hippie freak out flick.  On this album, his quintet is joined by the City of Prague Philharmonic Orchestra for a set of high voltage, swinging tunes, carried along with lush strings and an army of woodwinds.

Released on the Dox Records label.

It appears you can purchase a Vinyl edition of the album direct from Dox Records. 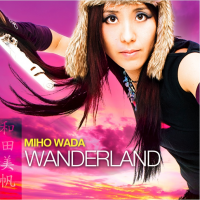 Flautist Miho Wada just does her own thing.  Not sounding like anyone else on the scene, she’s developing a very likable approach to jazz flute.  After immersing herself in Cuban music on her previous recording Para Ti (reviewed here), she returns with a new release that has more of an Indie pop flavor.  Catchy as hell, rapid tempos even when the melody is taking its time, and shifts between swinging and brooding.  The music sounds influenced by Wada’s New Zealand locale.  On this release, as with past Wada recordings, there is a palpable element of Fun inherent in the music.  It’s easy to imagine the musicians genuinely enjoying themselves as they record these tunes.  Song “Bears and Bamboos,” with its bittersweet violin and rock tempo, should appeal to lots and lots of you Indie fans.  Wada also doubles on sax for this recording.  Too pretty.

The album is Self-Produced, released on Wada’s Florestar label.

You can stream the album on Wada’s bandcamp page.

Portions of these reviews were originally used in my Jazz Picks weekly article for eMusic, so here’s some language protecting their rights to that reprinted material as the one to hire me to write about new jazz arrivals to their site…

Marc Johnson & Eliane Elias – “Swept Away” Two For the End of the Night: Gabriela – “El Viaje” and “Detras del Sol”