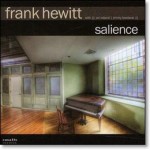 It looks like Smalls Records has released another posthumous Frank Hewitt recording. For those who don’t know, Hewitt was one of the criminally under-recognized boppers back in the day, played with many of the greats, and never really had anything released under his own name (at least, not representative of his contribution to jazz). Hewitt passed away about ten years ago, and it’s great that Smalls has been putting Hewitt’s music out.  This recording has Hewitt on piano, Jimmy Lovelace on drums, and Ari Roland on bass. I’ve been looking around, and it’s possible that several of these tracks may have been released previously on the Hewitt album We Loved You; for most of you, this duplication won’t be an issue, and for those of you who already have that recording, the duplication isn’t likely going to be an obstacle to purchasing this one. 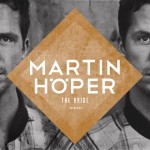 Another nice selection from the European scene.  Bassist Martin Hoper rounds out the quartet with sax, piano, and drums for an understated straight-ahead affair.  Plenty of spritely tunes to bounce the head along with.  Hoper has a very nice moments bowing, and just generally shows a professional touch leading his quartet. On the Hoob Records label, who have displayed a knack at finding under-the-radar talent and released an extremely diverse set of recordings.  Beautiful stuff here.

I have a more extensive review pubbed at AllAboutJazz.

Also, Martin Hoper will be offering a free album track at AllAboutJazz in the near future, as well.

You can stream three of the album songs on Hoper’s site.  Jazz from the Stockholm, Sweden scene. 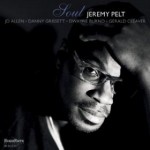 Virtuoso trumpet player Jeremy Pelt assembles an all-star line-up of J. D. Allen on tenor sax, Danny Grissett on piano, Dwayne Burno on bass and the great Gerald Cleaver on drums, and gives a performance that really honors the quintet, sharing the spotlight with everybody.  Pelt has been on an impressive roll, putting out an album a year for about the last six.  No matter what ensemble he plays with, his sound is distinctively cerebral, even when he’s blowing flames out of his instrument. This is great straight-ahead jazz from some of the best musicians on the scene.

Released on the HighNote Records label.  Jazz from NYC.

Also, here’s the link again to Jeremy’s site.  He has a generous amount of music available to listen to and his site really should be explored.

That’s it for today’s article, and the second of three parts of the Tiny Reviews from this batch of new arrivals.