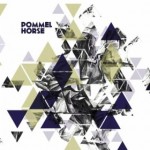 Pommelhorse is a very cool quintet of clarinet, sax, Fender Rhodes, bass, and drums.  Healthy doses of electronic effects.  It has hints of the austere introspection of the Swiss & Nordic Euro-jazz sound, but the ebullient groove like it’s trying to party until happier days arrive.  Nice juxtaposition of the ethereal and the jam.  Cool music.

The embedded song is my least favorite track on the album, but it was all I could find.  When Pommelhorse employs a lighter touch to the composition, they really do shine.  They do moodiness better than jab-and-move, but overall, this is a decent recording with all kinds of promise for future efforts.

Released on the Unit Records label.  Jazz from the Bern, Switzerland scene. 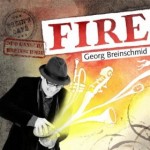 Interesting release from Austrian double bassist Georg Breinschmid.  Trained and performed as a classical musician, he also broke into the jazz world with artists like Kenny Drew Jr. and Archie Shepp.  Fire has Breinschmid playing in a variety of settings, some live, and a bonus disk of live and outtakes.  Strong Hungarian folk music influences with some serious swing.  Whimsical, flighty, and fun. Not World Jazz, per se, just Jazz from a different part of the world.  And, actually, ‘different’ is a good word to utilize when talking about this album in many contexts; Fire is, well, it’s a little different.

Released on the Preiser Records label.  Jazz from Austria. 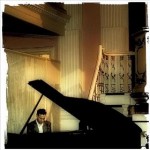 The album is Self-Produced.  Jazz from NYC.

That’s it for today’s article, and the second of two parts of the Tiny Reviews from this batch of new arrivals.