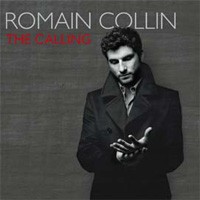 Interesting piano trio album from pianist Romain Collin.  He hints at the New Piano Trio sound with some small effects here and there, and the addition of a guest cello actually acts as de facto effect in the way cello is utilized as waves of harmony.  And there’s certainly some of the tempo tweaking that one would expect from a modern piano trio recording.  But Collin’s flairs for the dramatic sound more referential of the sweeping theatrics of McCoy Tyner’s 1980’s Milestone recordings than the jazz-rock fusion of modern-era Esbjorn Svensson Trio.  What that means for the listener is that this is an album that will provide a sense of flight, but instead of a steady charge up to a rapid ascension, Collin instead attains elevation with deceptively effortless flaps of the wings and then just soars and soars and soars.  It bucks a popular trend in modern jazz piano trio approach, and that in and of itself deserves recognition.  Also, it’s some solid jazz piano music.

Released on the Palmetto Records label.

You can stream, and purchase, the album at Palmetto’s site. 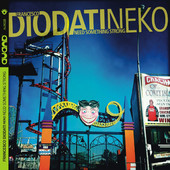 This a good example of why it’s not such a good idea to judge a book by its opening chapter.  Guitarist Francesco Diodati opens Need Something Strong with a perfectly acceptable modern guitar piece, but nothing that would distinguish it from the crowd.  But then the second track, “Struggle,” utilizes some subtle looping and effects to create a droning undercurrent, and the hop and bop of the previous track has settled into a smoother ride.  Then third track “Loop Bed” brings the acoustic guitar to the mix, and effects are more evident, and the band adopts a gentle sway that holds even when the volume rises.  This kind of pattern continues through this engaging album, cycling through compositions that feature modern fusion, post-bop, and doses of an Italian Jazz sound that behaves as a concoction of Nordic ambient and regional Italian folk.  Generalized, it’s a lively type of dreamy music.  And Diodati’s pattern of featuring these different sounds keeps the ear perpetually wondering what’s coming next, and the repeated motifs provide some welcome, familiar resting points.  Good stuff, and very worth exploring.

Released on the Auand Records label.

Title refers to Japanese pop star Oe’s decision to walk away from stardom and move to New York to study jazz at 47 years of age.  Leading this quartet of piano, trombone, trumpet, bass, and drums, it appears to have worked out pretty well.  Plenty of chipper straight-ahead jazz.  Decent solos, decent interplay between quintet members, and good ol’ fun music to kick back and listen to.

Straight-forward guitar, bass, drums trio.  Guest piano on two tracks, and it brings a favorable element to a song like “Greenwich Village Sometimes.”  Plenty of hoppin’ tunes.  Nothing groundbreaking, but definitely a nice selection for the jazz guitar fans.  Takamen’s cover of “Scarborough Fair” is what initially caught my ear.

Released on the Summit Records label.

The Clerks – The Minor Fall EP

Likable quintet date by The Clerks.  Heavy on the saxophones, with a rhythm section bolstered by guitar.  Modern jazz compositions that wend their way along while providing snappy accompaniment.  Best moments fall between the statements of melody, as if preferring the journeys over the destinations.

You can stream all six album songs on their youtube channel.

Jazz from the Paris, France scene.

The Romain Collin and Francesco Diodati reviews are original to Bird is the Worm, but portions of the other reviews were originally used in my Jazz Picks weekly article for eMusic, so here’s some language protecting their rights to that reprinted material as the one to hire me to write about new jazz arrivals to their site…