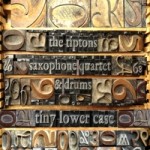 There is a warmth and exuberance to Tiny Lower Case that is strongly reminiscent of traditional New Orleans jazz.  And while that’s not the style of the Tiptons Sax Quartet, their mix of Romanian, Klezmer, Soul, Jazz (and more) reflect the odd soup of influences that contributed to jazz in its earliest New Orleans forms.  Music that is catchy without ever getting saccharine, heart-on-the-sleeve evocative without ever becoming superficial.  Thick grooves are augmented by wildly careening solos, harmonies bolstered by tempos that bounce with life.  And capital-F fun.  Most especially fun. 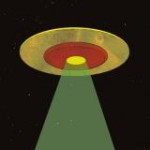 The Alien Ensemble, an acoustic project from a member of electronica act Notwist, falls into territory originally scoped out by Todd Sickafoose’s Tiny Resistors… a place where modern jazz blends in neatly with indie-pop, chamber, post-rock, minimalism, folk, and really any other influence from any other genre that seems to fit at the time.  Arguably, that kind of thing isn’t really Jazz anymore, but new things are tough to categorize, more often defined by what they aren’t than what they are.  That’s this, here.  Their self-titled album Alien Ensemble is a mesmerizing blend of influences that presents a cohesive sound very easy to connect with.  Fans of Todd Sickafoose, the Ocular Concern, and Matt Ulery’s Loom should be paying attention here. 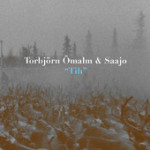 Relaxing trio album from guitarist Torbjörn Ömalm, who also doubles on kantele.  Elements of jazz are fused with elements of Lapland, Swedish folk, and instead of some blend of influences, the songs sound like the genres are in a perpetual struggle over which will be the dominant force.  It lends peaceful music a very subtle, and very different, kind of tension.

Released on the F-IRE Collective.

Some of these Tiny Reviews were used originally in the weekly new jazz releases column I write for eMusic, so here’s some language protecting their rights to the reprinted material as the one to hire me to write about new jazz arrivals to their site…

As always, my sincere thanks to eMusic for the gig.

Recommended: Angles 9 – “Injuries” My new eMusic Jazz Picks are up at Wondering Sound