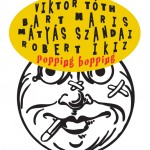 A quartet comprised of alto sax, trumpet, bass and drums, and some random electronic effects.  Album starts with Viktor Toth blowing away on his alto on a modern hard bop tune.  Trumpet gets in some action of its own, a playful bit of muting and sound skewing.  The album begins very much like the dissonance cum old time blues found on the Clean Feed label these days.  There are moments when the album threatens to turn into a Nils Petter Molvaer composition with the airy atmospherics of electronic effects (especially on the final track), but the album never loses its grasp on the blues, much to the benefit of anyone who grabs this strong recording.

Released on the BMC Records label.  Jazz from the Budapest, Hungary scene. 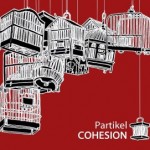 Partikel is a sax trio of tenor & soprano, drums, and bass. Some flavoring of world jazz (Latin & African, specifically) mixed with what’s going for modern straight-ahead jazz these days. First listen doesn’t blow me away or anything, but the dynamic percussion makes me want to return for repeat listening. Promising, and worthy of a bit of the spotlight.

NOTE:  It’s now been about a month since I wrote the above for my eMusic column, and since then, I seem to have confirmed my initial assumption- that repeat listening would generate a more favorable response.  It’s not always easy to digest a sax trio at first; sax often brings a complicated rhythmic template to the table, and when combined with a rhythm section of bass and drums, the resulting complexities can be a bit much to take in at first.  However, some albums just require an acclimation period in order to discover the melodic and harmonic characteristics not evident at first blush.  That is certainly the case with Cohesion, which I find myself enjoying more with the passing of time.

Three of the album tracks are available to stream on their soundcloud page.

Released on the Whirlwind Recordings label.  Jazz from the UK scene. 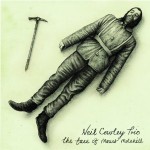 This is probably what it would sound like if Badly Drawn Boy composed a soundtrack for piano trio. Infectious grooves, some strings to tug at the edges of the heart, simple melodies that are anything but superficial, and enough stylistic wrinkles to keep the head engaged. A likable album; the kind of cheerful that’s always good to have sitting on a nearby barstool when drinking alone just ain’t gonna cut it.

NOTE:  I’ll be providing an extended review of this album, either here on Bird is the Worm or on AllAboutJazz.

Released on the Naim Jazz label.  Jazz from the UK scene.

L.A. Jenkins – The Clarity of the Peculiar

Something for the experimental and avant-garde jazz fans. Frenzied guitar busts, trumpet, flugelhorn, trombone, a variety of percussion instruments, a little flute, and a holiday basket of electronic effects, this album has moments of symphonic ecstasy interspersed with interludes of ambient bliss.  Honestly, this album is probably gonna have more interest from listeners for whom jazz is a part-time occupation, but it certainly doesn’t fall out of line with other albums that are widely considered avant-garde jazz.  This is some nifty stuff.

Released on Edgetone Records.  Jazz from the Columbus, OH scene.

That’s it for today’s article, and the first of two parts of the Tiny Reviews from this batch of new arrivals.