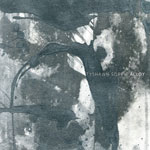 Tyshawn Sorey is something of an illusionist on this one.  The drummer conjures up a startling image just to have it suddenly morph into something else quite different… and yet the way he manipulates those changes instills a certain logic in the way that it all shakes out.  On Alloy, Sorey’s medium is the jazz piano trio and the raw materials he avails himself of appear to be endless.  A piece reminiscent of Bill Evans’ most introspective moments utilizes a whispering passage to suddenly evince a barely hidden ferocity, as if an avant-garde song were an instant from the attack.  But even this might lead to a section reminiscent of Marcin Wasilewski’s moody piano expressions or those times when classical music is the color of the day.  Sorey switches things up on drums in a number of ways to develop all kinds of nuance that radiates varying degrees of intensity.  This is a cerebral album, no doubt, but it does possess an emotional punch… or maybe it’s an embrace, though it could be a firm handshake.  Sorey does a stellar job making it all clear, but only for a little bit, and then he makes it clear some other way else.  It’s like watching a waltz sequenced by chess masters who shift hologram pieces upon a board of mist.

He’s joined by Cory Smythe on piano and Christopher Tordini on contrabass.