Your Sunday Morning Jazz Album is just for you, for times just like these.  If you possess the freakish compulsion to get-up-and-go when the clock strikes Sunday morning, this music is not for you.  Go and listen to a Spotify EDM playlist or something.  But whatever you decide, just do it quietly and far away from those of us who appreciate the true solemn nature of a Sunday morning. 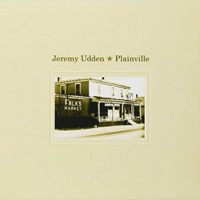 On alto sax, Jeremy Udden conjures up the tranquility you desire when sitting out on your back porch when it’s just you and nature and a cat dozing nearby.  The Massachusetts native sends out melodies like a stiff, cool breeze on a Summer morning… airy, fluid, and possessing an unmistakable presence.  His 2009 release Plainville wasn’t his debut, but it was his first dedicated foray into the type of folk-jazz that has signified his recording career since.  It also signaled his singular concoction of serenity perfect for a Sunday morning jazz album.

Occasionally the album’s temperature spikes, but even with some electric guitar heat on “Curbs,” it behaves as the precursor to the gently comforting sweetness of “Christmas Song,” amplifying its comforting effect.  And though “695” kicks up the tempo a notch, the delivery of the melody transmits the solemn tone that guides the entire recording.  Brandon Seabrook‘s banjo goes a long way to dictating the strength of the folk influence, and drummer RJ Miller has a talent for crafting a serene ambiance (ie, his 2013 release Ronald’s Rhythm).  Keyboardist Pete Rende and bassist Eivind Opsvik cast shadows everywhere by working the darker tones, and the way this complements the brighter tones of Udden’s alto sax goes a long way to explaining how dynamic this tranquil recording ultimately becomes.