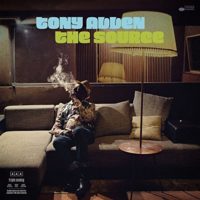 It’s been a fruitful collaboration between Tony Allen and Blue Note Records.  The drummer’s first release for the label was a tribute to Art Blakey, and it captured the high-voltage nature of the hard bop drummer’s classic sound while remaining true to his own voice on drums.  Allen’s second 2017 recording for Blue Note is The Source, and, remarkably, it somehow eclipses his first.  Bringing together afro-beat, post-bop, hard-bop, electronica and Afro-jazz speaks to the creative elasticity Allen has employed throughout a career of varied projects.  The electricity that’s generated by this thrilling music, Allen makes it seem as natural as breathing.

Read more at Bird is the Worm.