Brick & Mortar, a new Bird is the Worm series, which focuses on the music shops and venues that bring life to our music worlds.

Admittedly, the Vortex article wasn’t going to be my initial post in the Brick & Mortar series, but after Patrick Jarenwattananon of NPR’s A Blog Supreme recently wrote an article about the Vortex, summing it up quite nicely (you can find that article HERE), I decided to make an abbreviated version of my Vortex article and push it to the top of my schedule.  I thought that the “second half” of my article, which consists of recordings created at the Vortex, might be a nice addendum to his own piece.

But let’s first talk briefly about The Vortex Jazz Club.

It’s located in Dalston, in the north-east section of London.  It’s actually a non-profit organization, and run by volunteers.  By utilizing teams of volunteers, it appears they are able to keep costs down, ticket prices low, and are able to direct income into the pockets of the artists and club maintenance.  It is currently celebrating its twenty-fifth year of existence.  Their premises is located inside the Dalton Culture House.

In addition to regular shows, they also hold workshops.  For instance, the Big & Small workshop presents an opportunity to “get your dusty instrument back out of its case,” and be strategically matched with friends and strangers alike, of all skill sets and levels, with a focus on the creative process in a group setting.

Looking over the schedule, it would appear that jazz isn’t the only show on the card.  If it’s something out of the ordinary, it appears that the Vortex will give it a slot on the calendar… a healthy approach that’s gonna reap benefits not just for the listening populace, but also the musicians who make the Vortex a home.

They also have additional services like equipment rental, an in-house restaurant, and special events at off-site locations.

Here’s a video from the Vortex site, which tells more about them (approx. 5 minutes duration)…

And now, to the “second half” of my original article idea… The music.  Here’s some music recorded at the Vortex, and a little bit about each of them.  Plenty of links in each Tiny Review to learn more. 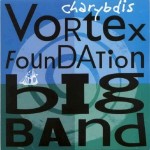 Outstanding big band album that is thrilling to hear whether it’s soaring at great heights or swiftly coursing just inches from the ground.  Some wonderful soloing that grows organically out of the composition, just makes everything sound and feel alright.  Tunes like “Awakenings” perfect for a lazy weekend afternoon just sitting around and reading, and a tune like “New Day” perfect for starting the weekend out with a bang.  All the qualities one could hope for in a big band album.  Very nice.

You can stream the album on the label’s bandcamp page.

Julian Joseph – Live at the Vortex in London 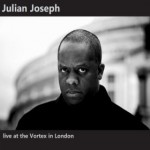 Julian Joseph should have more recognition in the jazz community than he does.  Seriously talented, just as comfortable working with classical composition as he is as with a modern jazz tune or setting an R&B groove, Joseph has an impressively disparate set of albums to his name.  On this recording, a solo piano recording at the Vortex.  Not the first album I would recommend to scoop up (that honor still goes to the excellent The Language of Truth), but it’s tough to go wrong with any Joseph session.

Released in 2011 on the ASC Records label.

Corey Mwamba, Dave Kane, and Joshua Blackmore – In the Vortex

Recorded live at the Vortex jazz club.  A trio date with vibraphonist Corey Mwamba, bassist Dave Kane, and drummer Joshua Blackmore.  Trumpeter Alex Bonney guests.  On this recording, two feet firmly in the jazz avant-garde sound, but not a quality that encompasses the trio in its totality… the trio is primarily focuses on group improvisation, the quality of the conversation, rather than the language its spoken in.  But on In the Vortex, expect ominous vibes, lurking bass, and the bone rattle of drums.

You can stream the album on their bandcamp page.

Released in 2010, this album was Self-Produced.

Foxes Fox – Live at the Vortex 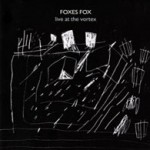 A super-group of free jazz musicians, but the first name that has to be mentioned here is that of tenor sax man Evan Parker, who has had a monthly gig at the Vortex for the last 15 years.  On his own site, Parker calls the Vortex his “haven from the demands of the road,” and adds, “The Vortex is, for me, a place to play “free jazz”.  I cannot imagine life without it.”  Well, on this album, recorded live at the Vortex, expect more free jazz and fierce improvisation.  The actual performance occurred about five years ago, but is just now released in 2012.

Here’s a link to where you can stream some of Parker’s music on his label site.

Released on the PSI Records label, of which Parker is the founder. 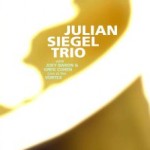 Multi-reedist Julian Siegel has been a part of some decent recordings the last handful of years.  Aside from his working quartet, he also guests on other recordings, as well as some occasional work with the trio from this recording date.  With jazz vets Greg Cohen (who’s recorded with John Zorn & Ornette Coleman) and Joey Baron (notably, worked with Bill Frisell), this live performance at the Vortex sums as decent live jazz.  Siegel has a compelling sound, and he’s matched with two excellent musicians.  He just collaborated on the album Twinkle Twinkle with Dialogues Trio (reviewed on BitW HERE), which will deserve some Best of 2012 recognition at year end.

Released in 2008 on the Basho Records label. 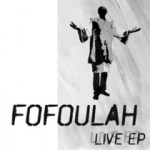 An ensemble that features members of the Outhouse Ruhabi ensemble, Fofoulah blends African music and jazz into music so full of happy as to extinguish every dark cloud in the sky.

You can stream the album on their bandcamp page.

Released in 2011 on the Loop Collective label. 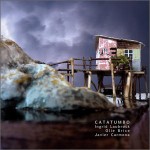 An album dead center of the avant-improv scene.  Both as a working trio and in various side projects, all three artists that comprise Catatumbo are tour-de-forces of the avant-garde and hyper-improv scenes.  Expect music that sounds more like forces of nature than actual tunes, and volatile shifts between introspection and explosion to keep everyone on their toes.  And if this music floats your boat, follow the links just below to the individual artist site; these are three names that, like breadcrumbs, will lead you to more great avant-garde music.

To be released on the Babel Label in June 2012. 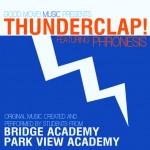 The Good Move! Music organization is a non-profit that looks to improve the lives of children through music, especially via improvisation and composition.  A series of workshops were held in July 2011 to do just that, with the culmination being a performance held at the Vortex, in which the students of the Bridge Academy and the Park View Academy collaborated with top-notch jazz outfit Phronesis.  Here’s a track from that performance:

Here’s a link to the Good Move! Music site that’ll give more information about the event, including videos and other tracks from the performance.

And here’s a link to a page on the organization site if you want to find ways you might help them achieve their goals. 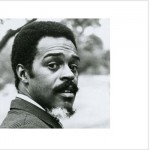 This is a live performance of Alex Bonney‘s Albert Ayler tribute album (which can be downloaded for free on Bonney’s bandcamp page, courtesy of the artist).  It’s got all the avant-spiritual jazz one would expect from Ayler compositions.  Rousing choruses that deconstruct in ways that seem jumbled and confused, until a distillation of the blues is revealed as what all is left.  Very fun to listen to.

This is the full performance, about 45 minutes.  Recorded on 2/17/10 at the Vortex.  The songs performed are:  Spirits Rejoice, A Change Has Come, Our Prayer, Ghosts, Holy Family, Truth is Marching In.

Bonney is a name that you’ll see in the liner notes of several of the albums above (and on other various UK jazz albums), as he has plenty of experience working behind the mic as engineer & producer, as he does in front of the mic on trumpet. 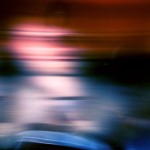 An experimental music ensemble that mixes in electronics, drone, jazz, and various effects.  Creates a sound not unlike some of the directions Cuong Vu has explored.  Trippy drifting interludes, the distant moan of trombone, drums and piano playing leapfrog with rhythms, and electronics that are sometimes a warm fuzz, sometimes a buzz saw.  Neat stuff.  This recording is made up of a collection of live dates, some which were performed at the Vortex.  The song embedded below is one of them.

You can stream the entire album on their bandcamp page.

The album was released in 2011 and is Self-Produced.

If you think I overlooked something vital, please let me know and I’ll be happy to update the article.

If you’d like to find a way to help support the Vortex, here’s a link to a page on their site with more information.