Tiny Reviews, featuring:  Alexander Hawkins All There Ever Out, Wayne Escoffery The Only Son of One, Marcus Lewis Facing East, and Odd Trio Let’s Build a Myth Together.

Well, okay, I think this’ll be the start of a nice stretch of Tiny Reviews, which I desperately need to get caught up on.  I’ve got a new system/format, which I think will let me allocate my time out a bit more efficiently than before.  Originally, most of the Tiny Reviews were taken from my eMusic Jazz Picks, and altered only slightly (if at all) from what I originally wrote, plus, obviously, tons of linking, album covers, and embedded audio when available.  I’m getting to where I’m just using maybe a sentence of my original comments as a seed, then writing something entirely new… which is good, since I’ve had a month of extra listening time for many of these albums, which gives for an enhanced perspective.

Anyways, the next few posts will reflect what a strong couple of weeks it had been.  Let’s begin…

Alexander Hawkins Ensemble – All There, Ever Out 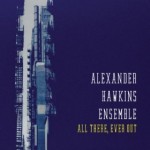 Pianist Alexander Hawkins is emerging as a strong voice in the jazz avant-garde world. Most intriguingly, as Hawkins’ sound has developed, it has become more accessible as it also grows more confident.  A lovely example of this is third track “Owl (Friendly),” a melodic piece of dissonance that follows two freer pieces, and which seems perfectly in place in the flow of the album.  Another great example is “Ahab,” which begins as a simmering buzz but explodes into a rollicking tavern song able to match the customers drink for drink.  Challenging, yes, but an album that seems willing and content to meet the listener halfway.

Released on the Babel Label.  Jazz from the UK.

You can stream the entire album on Hawkins’ bandcamp page.

Wayne Escoffery – The Only Son of One 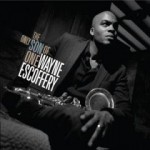 Interesting release by Wayne Escoffery, who doubles up on tenor and soprano sax.  Lots of emotion in these tunes, and more likely to engage the heart than the head.  Shimmery effects on many of the tunes that give them a fusion-like edge.  However, the ferocity from Escoffery’s saxes washes over it, leaving it just as it’s meant to be… a minor effect.  According to the Sunnyside site, Escoffery’s rough childhood was the inspiration for this album.  If this is true, then it goes a long way to explaining the weighty feel to this album.  There is a kind of axis of the innocence and cruelty of childhood thing going on here.  Complex and solid music.

Released on the Sunnyside Records label.  Jazz from NYC.

You can stream the entire album on the Escoffery’s bandcamp page. 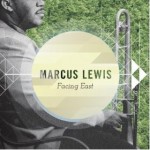 Nice debut EP for the trombonist Marcus Lewis.  Among other collaborations, a former member of Janelle Monae’s ArchOrchestra.  Some recognizable names from the new gen jazz set in this octet.  Nothing groundbreaking, just a solid set of tunes that swing and burn.  Straight-ahead, dynamic, and cheerful.  A track like “Inner Swagger” is my kind of sit-back-and-enjoy kind of jazz.  Plus, you gotta appreciate it when a trombonist gets out front with some lyricism; there’s an inherent richness in a trombone that knows how to carry a conversation that’s tough not to like.

Released on the Sharp 11 Records label, which appears to be Lewis’s own label.

You can stream the entire album on Lewis’s bandcamp page.

Odd Trio – Birth of the Minotaur 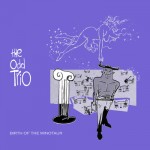 So, you know how some albums gets described as cinematic or soundtrack-like… well, the Odd Trio guys are the soundtrack.  Trio of sax, guitar, and drums.  Probably have a lot of Zorn albums on their shelves, based on the way they slip between genres without missing a beat.  Some jazz, some rock, some surf, some Twin Peaks, some fusion of all of the above and more.  Really quite a fun album.  Not a requirement to actually like jazz to enjoy this music.  I sort of just want to stream the whole damn album, but I kept it to one track, a quiet interlude of a tune.  Bonus points for song title that references Blade Runner.

The album is Self-Produced.  Jazz from the Athens, GA scene.

Stream the entire album on their bandcamp page.

Other albums of interest:

Pianist Carsten Dahl trios up ECM vets Arild Andersen and Jon Christensen.  Sometimes introspective, but often displays that it has sharp claws, too.

Guitar trio that appears to be influenced by Bill Frisell’s voodoo jazz sound, though at times it strays into fusion territory.  Some guest instruments and spoken word.

That’s it for today’s article.  This is the first set of Tiny Reviews from this batch.  There’ll probably be three more sets from the batch, but we’ll have to see.  Several of the albums I’ll probably be doing stand-alone reviews of, depending on how much time I have.  Most of the above only vaguely resemble what I wrote for eMusic, and that’s happening more and more.  But in any event…

…Here’s some language to protect eMusic’s rights as the one to hire me originally to scour through the jazz new arrivals and write about the ones I like:

My thanks to eMusic for the freelance writing gig, the opportunity to use it in this blog, and the editorial freedom to help spread the word about cool new jazz being recorded today.