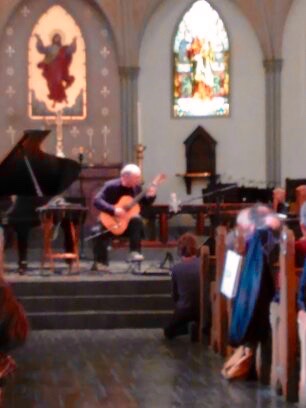 From the palpable shock and astonishment that swept through the church, it was obvious that most of us hadn’t known:  Not long ago, Ralph Towner had been through heart surgery.  The guitarist relayed this information on the wings of a joke, as he introduced the next piece of that evening… a rendition of the standard “My Foolish Heart.”  That’s the kind of evening it was.  Towner had the audience wrapped around his finger.  His guitar was simply a tool for enchantment, and all of us were locked in.  But he also kept a smile on our faces.  Sometimes because of a whimsical phrase on guitar.  Sometimes because a familiar tune elicited pleasant associations.  And, sometimes, the smile was the cause-effect pairing with a joke.  But he had us all, for any and every reason.

Towner performed on a Friday evening at St. Johns Episcopal Cathedral in downtown Knoxville, TN.  His show was one of the highlights of Big Ears Festival 2019, and one I’ll never forget.

All it takes are a couple phrases of a familiar song to send me adrift in memories, and back to a time when the music became imprinted my timeline.  And since all of these songs are familiar, it means I’m perpetually fighting the gravitational pull of the past, trying hopelessly to stay rooted in the moment.  Because, damn, Ralph Towner is thirty feet away, playing guitar in an environment of superb acoustics, stained glass all around, and nothing between me and the notes.  A minute into a new piece, and I’d suddenly hear it through stereo speakers in the shadows of the Rocky Mountains or an autumn day with a ceiling of cloudy Chicago gloom contrasting with the brilliant explosion of autumn colors and the crunch of leaves beneath my feet.  And then, suddenly, I’m transported back into the present moment of the church as the song reaches the homestretch.

This was my second show of Big Ears Festival 2019, and both had taken place in a church.  And no different than the Harold Budd, Mary Lattimore & Nief-Norf show earlier that afternoon at Church Street United Methodist, the St. Johns Episcopal Cathedral was a gorgeous venue matched perfectly with this gorgeous music.

It’s impossible not draw comparisons between the masterful craftsmanship of the stained glass and church architecture and the musicianship of Towner with his guitar, and, by extension, the lofty plateaus of creativity aspired to, and achieved, by the artists on both building and music. 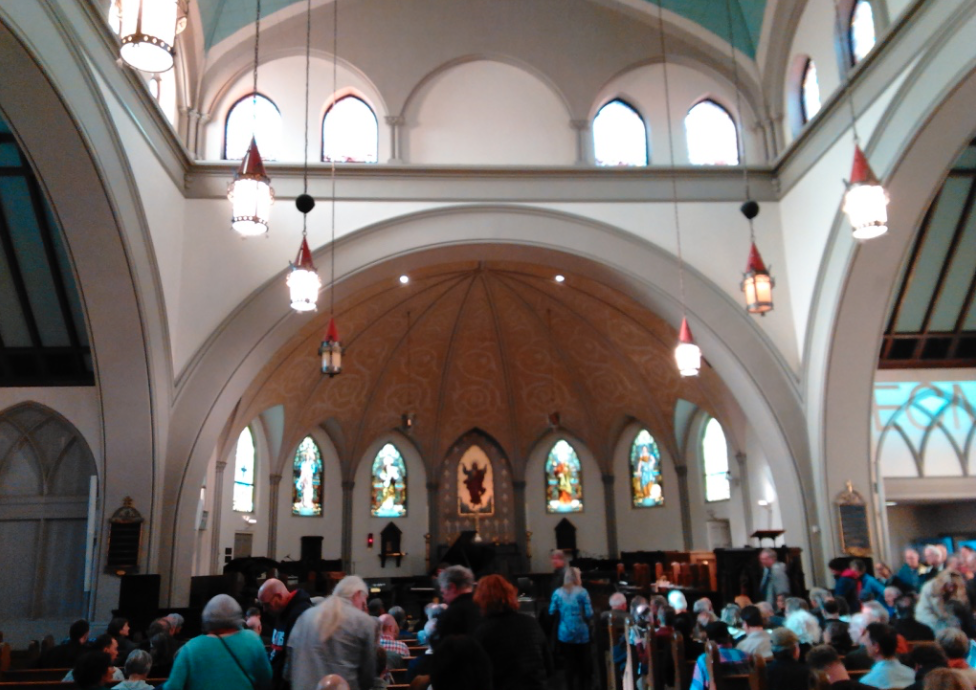 There’s a majesty to the music of Ralph Towner. If the totality of one’s interface is, like mine, through the vehicle of studio recordings, it’s easy to lose sight of the fact that all of this electricity is simply the product of this man and his guitar, hunched over in concentration, and channeling everything inside that yearns to manifest into the world as sound. It’s weeks later, and I still find myself astonished at having ended up in place I’d never imagined life would take me and it just so happens, Ralph Towner is thirty feet away and playing his guitar.  The memory freezes me in time, observing it all over again.