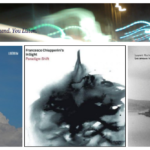 I listen to everything.  At least, I try to.  Every year, I toy with the idea of tracking just how many albums I listen to in a year, and how many cross my desk via unsolicited promos and new release listings on various retail and label sites.  That first category?  Maybe somewhere between 1,000 and 1,500.  The second category… those albums that get just a few moments of my time to give me a reason to give more than that?  Five times that amount.  Maybe more.  Tons.

But more important than calculating a specific number is providing the context that no matter how much I try to hear it all, there will always be ones that (temporarily) get away.  There’s only so much time in the year, and as the year draws to a close, time becomes an even greater scarcity when it comes to albums hitting the new release shelf.  Eventually, I manage to get to it.  It may take a while, but the good stuff hits my radar eventually.  But in terms of creating a Best Of list for any one particular year… eventually isn’t always good enough. 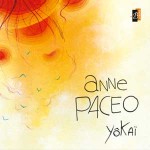 It’s an odd sort of anguish to discover an excellent recording months after finalizing the year’s Best Of list.  Anne Paceo‘s Yokai was my first experience with it.  I was filing away my lists for 2012 (yes, I actually keep a handwritten list as I go through the new releases), when I noticed a follow-up mark next to Yokai and no final designation.  It fell through the cracks.  No big deal, I figured.  I’ll give it a listen.  I can always give it a write-up if I like the thing.  Well, I did like the thing.  A lot.  So much, in fact, that I tried to travel back in time through sheer force of will so that I could add it to my Best of 2012 list.  Once acknowledging my failure on that plan of action, the only avenue left to me was give it a nice write-up and add an addendum about how special the album is.  That, and be haunted by its exclusion, still, even today.  Lame!

I swore it would never happen again.

(Ahem) Here’s a few older albums I wrote about over the course of the last year.  Had they hit my radar in the year of their release, there’s every likelihood they would’ve been included in that year’s Best Of list. 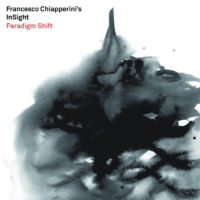 Paradigm Shift is the pattern of sharp images melting into alien shapes, and then reuniting again as something equally vivid, and strangely familiar.  On this 2016 release, clarinetist Francesco Chiapperini and his InSight trio were an unending source of stunning waves of intensity and interludes of jaw-dropping beauty.  The Aut Records label hit my radar in the latter half of 2016, and had I gotten around to Paradigm Shift a bit sooner, there’s no doubt it would’ve landed a spot on the Best of 2016 list. 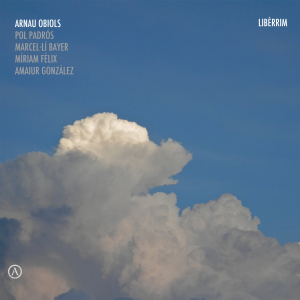 It’s the way this music shifts between phases of immense orchestration and free improvisation that marks Libèrrim as a winning album.  Drummer Arnau Obiols leads a quintet into the thick of a composition where every step is directed and every footprint’s shape predetermined, but these manipulations are not, in fact, enclosures, but instead behave as doorways to passages of wild spells of imagination.  Aladid Records reached out to me in December of 2015, and it wasn’t until nearly a year after it was released that I finally got around to writing about Libèrrim.  Had I gotten to it sooner, would it have found a home on the Best of 2015 list? Maybe. Probably. Sure.  This is a brilliant album, and it’s difficult to envision excluding it… even though the Best Of list is populated by nothing but brilliant albums.  It’s considerations like these that have me content with my decision to bump up this site’s Best Of list to a Top 50. 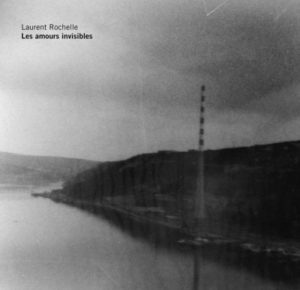 Les Amours Invisibles is not a process of construction, deconstruction and reconstruction… it’s how a flock of starlings come together as a murmuration then break off again into their individual flight patterns… yet still are locked in with one another.  It’s where the togetherness of individual expressions are still part of the united whole.  On his 2012 release, Laurent Rochelle guided his own melodic development to that of his ensemble’s in that same way, and it’s how he fluctuates between melodic nuance and the confluence of a grand unity that marks this recording’s success.  It’s a gorgeous album, and I didn’t discover it until exploring through Rochelle’s back catalog after falling in love with Si Tu Regardes, his 2016 collaboration with the Okidoki Quartet (an album that earned the #6 slot on the Best of 2016).  It’s hard to imagine not having included this on the Best of 2012 list.

So… about 2017, Part III: Not Enough Days These are videos that I like: Olivier Boge, new album, Nick Drake