The Round-up: We walk together and dream 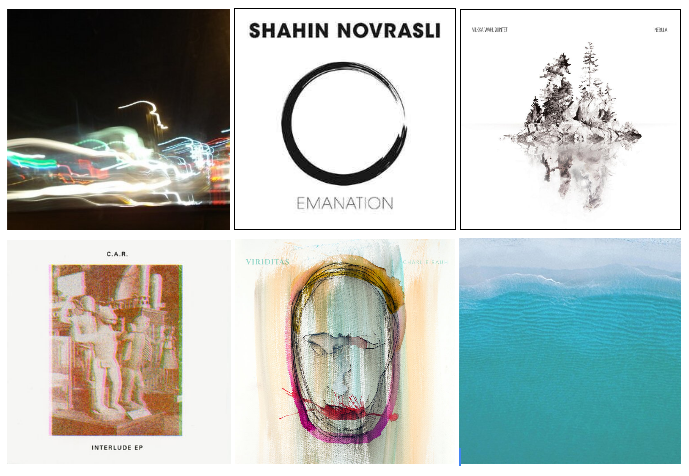 There’s nothing quite like a strong opening track.  It’s not the only thing to connect with on this session from pianist Shahin Novrasli.  He maintains a conversant tone throughout, and he switches the dialog up frequently to keep things interesting.  Joined by bassist James Cammack, drummer André Ceccarelli, percussionist Erekle Koiva and violinist Didier Lockwood, there’s a strong folk influence, and the origin of the music’s roots moves around the planet a bit.  But, god, that opening track, it has a melody meant to break hearts or fill them with joy, all depending on what the listener needs at the time.  And he boosts that melody with little turns of phrase, slight variations on the original, and gets the light to shine brilliantly through each facet as it’s revealed.  I enjoyed the entire album, but title-track “Emanation” was enough for me to set down some words by way of a recommendation.  Ahmad Jamal helped produce the album.  I’m not sure how much he ultimately contributed to the final work, but you know I’m going to use any excuse to mention Ahmad Jamal’s name.  It certainly can’t hurt to have a jazz legend in your corner, yeah?

Plenty to like on this modern set from guitarist Vilkka Wahl, and first and foremost is his interactions with vibraphonist Severi Pyysalo.  That said, the way tenor saxophonist Jure Pukl adds some heat with a series of nifty solos goes a long way to identifying the qualities that make this album enjoyable.  Nothing wrong with those times when the quintet slows things down, but this album is at its best when it’s humming along at a nice clip, and the bass and drums duo of Teemu Åkerblom and Mikko Arlin unleash a rhythmic attack to spur things along.

I almost wrote about this quartet’s last album.  Beyond The Zero caught my attention back in 2014.  But I didn’t encounter it on the new releases list until just before I had to submit my piece to eMusic for my old Jazz Picks column.  And, apparently, I just never got around to writing it up for Bird is the Worm.  Well, their new release has much of the same intriguing mix of modern jazz and electronic music, except this time around, they focus on the compositions of artists like Pavement, Flaming Lips, Tame Impala and James Holder.  Beyond The Zero allowed itself to be more random with unexpected bursts of melody.  The Interlude EP shows how arresting their sound can be when they work a project that possesses a pop music succinctness.  Good stuff.

Maybe it’s just encoded in the DNA of guitarists, that, one day, they’ll take their guitar out to the middle of nowhere and record a solo session of introverted pieces.  It’s a romantic conceit, attempting to create some serenity while at the same time be immersed in a thick pocket of it.  Charlie Rauh makes good use of his go-around.  These quiet tunes have tons of feel, resonating strong from the gentlest of expressions.  The pieces are short, and sometimes they get right to the point and sometimes they don’t try to make any point at all… that it’s just enough to have an image in mind and briefly sketch it out and let it go.

This contemplative session from percussionist Brad Gibson doesn’t really go anywhere, but that’s really okay.  Mostly in duo with piano, sometimes adding bass, and a bit of moog action for the finale, the music drifts along slowly, a fog of contemplation and peacefulness.  Melodic fragments frame interludes of silence, broken by the occasional rustle of percussion.  It’s the sonic equivalent of standing atop a hill and looking out over the great expanse.

Your Sunday Morning Jazz Album: Oriol Roca Trio – “Mar” Recommended: Lewis Jordan and Music at Large – “this is where i came in”