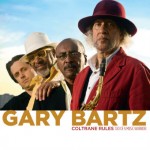 Oh hell yes.  Jazz vet, innovator, and legend Gary Bartz has a new album out.  With Gary Bartz on soprano and alto saxophones, bass clarinet, vocals, Barney McAll on piano, James King on bass, Greg Bandy on drums, and guest appearances by Rene Mclean on flute and Andy Bey on vocals. It’s straight ahead jazz with some gospel influences.  It swings and it has soul.  It has Bartz playing Jazz on alto and it has Bartz giving voice to that eerie meditative sound he elicits so wonderfully from bass clarinet.  Andy Bey, who I go back and forth on, is just wonderful on his guest vocal on “Dear Lord”, recalling echoes of Leon Thomas on some of Pharoah Sanders’ releases on the Enja label.  Speaking of labels, this album is released on OYO Recordings, Bartz’s start-up label.  Oh yes, definitely recommended.

Debut album for the well-respected bassist and composer Josh Ginsburg, which actually surprised me just because I’m so used to seeing his name appear on favorite albums.  Features Eli Degibri on tenor & soprano sax, George Colligan on piano & Fender Rhodes, and Rudy Royston manning the drums.  An intriguing release.  There’s a math-like angularity to many of the compositions, yet they still swing when they need to.  I love Ginsburg’s arco on the song “Koan”.

You can stream the entire album on Ginsburg’s bandcamp page.  In addition to the nice mix of file types available on bandcamp, Ginsburg also offers a 24-big audiophile edition of the album.

NOTE:  About a month after initially writing my above Tiny Review, this album is steadily growing on me.  An album which rewards repeated listening.

John Raymond gets a seriously warm tone out of both trumpet and flugel, and it’s a magnificent balancing weight with the groove of Gilad Hekselman’s guitar and Javier Santiago’s Rhodes. Quintet date is rounded out with bass and drums, and some guest appearances, including Gerald Clayton. Raymond can swing plenty fine, but it’s the ballads and slow-tempo pieces that really see his talent shine. A very likable album, and a great choice for jazz after a hard day at the job.

You can stream the entire album on Raymond’s bandcamp page.

Released on Strength & Song Records, which appears to by Raymond’s label.  Jazz from NYC. 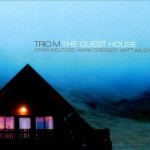 Trio M is Myra Melford on piano, Mark Dresser on bass, and Matt Wilson on drums; all three are virtuosos in their own right.  This is the follow-up to their excellent release The Big Picture. A high watermark for jazz improvisation.  The compositions here are hardly conventional, but they’re also not quite avant-garde… more an impressionistic take on avant-garde.  The trio shows an enviable comfort playing with one another, they give each other plenty of room to solo and display no difficulty keeping step when one wants to stretch out a bit. Plenty of dissonance, but also some seriously beautiful moments of tranquility like on “Hope (for a cause).”  All three are heavyweights on the jazz scene, and following their names to other albums will lead to some great music.

Released on the Enja Records label.  Jazz from the Berkeley, CA scene.

There’s a whole bunch of music to stream from different albums on Myra Melford’s site.  She’s involved in a lot of different projects, so a nice opportunity to discover new music.  I am enamored with many of her albums, so give her music a listen.

That’s it for today’s article, and the second of four parts of the Tiny Reviews from this batch of new arrivals.