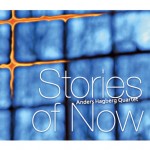 Really intriguing release by Anders Haberg, who in addition to soprano saxophone, also plays a variety of flutes (C flute, bass and contrabass flutes, matusi and harmonic flutes).  The quartet is rounded out with piano, bass, and drums.  It’s an alluring set of jazz compositions that sound influenced by the folk music of his native Sweden.  Quite pretty, introspective without getting sleepy, though some of the world jazz sounding tracks definitely have some punch to them.  ECM fans should probably check this album out.

Released on the Footprint Records label.  Jazz from the Gothenburg, Sweden scene. 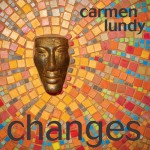 Can’t let this week of Jazz Picks go and not mention that jazz diamond Carmen Lundy has a new release out.  A set of originals (and one cover).  Backing Lundy’s vocals include mainstays Anthony Wonsey (piano), Kenny Davis (bass), and Jamison Ross (drums).  If you like jazz vocals, just hit the download button and don’t look back. If jazz vocals aren’t typically your thing, you owe it to yourself to give Lundy a listen; Lundy has plenty of talent and jazz cred and shouldn’t be dismissed.  Addition of guests on trombone, flugel, and trumpet are a nice touch.

Released on the Afrasia Productions label.  Jazz from the L.A. scene. 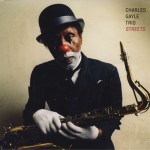 Charles Gayle is back, and he hasn’t lost any bit of ferocity with age.  On tenor sax, and joined by Larry Roland (double bass) and Michael TA Thompson (drums), it’s a great set of free jazz, sounding both new and New Thing.  If you like your jazz free and fiery, just hit the download button.  Gayle is a vet of the scene, having played with the seminal artists of the avant-garde scene, and it’s great to see him out with a new recording.  Released on the Northern Spy label, staffed by former members of the ESP label, and musician run; a promising release from these guys.  Recommended. 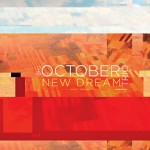 Interesting album.  A cyclical twist and crunch and twist again… washing machine jazz; hypnotic in repetition and broken by unexpected jolts of motion.  Opening track “1983” is the kind of tune that draws a listener right in.  On New Dream, October Trio clearly has an album vision, and the variation of sound throughout is as if they attempt to describe that vision in a different language with each tune.  Some moments of a conventional modern jazz sound, some moments that border on free, some that grab hold of a world jazz fusion, etc etc.  It’s one of those albums that might not be love at first sight, but which repeat listenings could bring a strong connection.  Some music is like that.  That’s how this album played out for me.  The more time passes, the more often I get this album in the stereo.

Released on the Songlines Recordings label.  Jazz from the Vancouver scene.

Download a free track at AllAboutJazz, courtesy of the artist and label.

That’s it for today’s article, and the third of four parts of the Tiny Reviews from this batch of new arrivals.