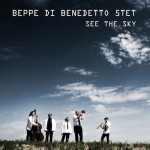 Solid date led by Beppe di Benedetto’s trombone, rounded off with sax, piano, bass, and drums. Nice mix of up tempo and ballads. This is straight-ahead bop with a modern touch. Benedetto has a graceful touch on trombone, which sometimes can elbow other instruments out of the way, but here, he’s a seamless part of the quintet. Also, the compositions just flat out rock; tunes that soar and tunes that sway. The kind of album I can listen to over and over.  One of my Picks of the Week.

About a month after first listening to this album, I find myself returning to it repeatedly.  A great album when I need some music with plenty of life to it.

You can stream the entire album on Benedetto’s Soundcloud page.

Released on the TRJ Records label.  Jazz from the Parma, Italy scene. 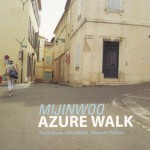 Nice straight-ahead quartet date with pianist composer Mijin Woo leading an outfit rounded out by sax, drums, and bass. Strong moments when the languor of the sax is juxtaposed against the tension of piano and rhythm section. It’s Woo’s debut recording, which is a promising sign of things to come.  This album may have originally been released in 2010, but I’m willing to apply a liberal use on the phrase “new release” when it comes to self-produced and small-label albums.

Woo’s blog, which I link to above, is mostly in Korean, but there are some outstanding photos of performances and general city shots.

It appears you can stream some of the album on Woo’s myspace page.  I normally don’t link to that site, but I’ll make an exception here.

Released on the FourHands Music label, which appears to be Woo’s own label.

Always a reason to celebrate when one of the jazz greats puts out a solid new recording.  Chick Corea teams with fellow great Eddie Gomez on bass and recently departed Paul Motian on drums, and delves into the music of jazz piano legend Bill Evans. Thankfully, Corea doesn’t approach it as an opportunity to record a covers album homage, but instead uses it as a springboard to further develop Evans’ ideas with his own voice. Some strong moments, especially on “Laurie” with cycling piano lines creating an inwardly building tension, and “Turn Out The Stars”, which turns a lighthearted tune into a spooky affair.

On “Puccini’s Walk,” the trio hits a brisk trot from the first note, breaking it mid-stream, momentarily, with some nifty swings in tempo…

Jazz vet finally records an album under his own name. Clipper Anderson’s bass has been around, especially on the Seattle scene. for some time now, and he leads a trio date (with some guests) for an elegant set of mainstream jazz. Bass, piano, drums, and some guest vocals provide for a warm series of tunes that has everyone sounding confident and professional. Some very nice moments, especially on “Jimnoprodie”, when Anderson does a little bowing on bass, and “Poinciana”, an up-tempo tune that has the trio racing along, but not so fast that anybody risks losing their breath trying to keep up.

Released on the Origin/OA2 Records label.  Jazz from the Seattle scene.

A free album track is available at AllAboutJazz, courtesy of the artist and label.

That’s it for today’s article, and the last of the Tiny Reviews from this batch of new arrivals.