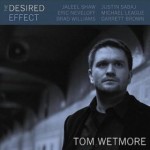 Well, this is an interesting album. Pianist Tom Wetmore sticks only to electric keyboards while leading a group that features two alto saxes, a tenor, two guitars, and bass & drums. Despite the electric keys and atypical line-up, it actually is a rather conventional jazz album. Usually when the jazz equation gets tinkered with, it results in a miasma of unclassifiable tunes, and if electric keys are part of the mix, then lots of funk & groove. But here, it’s nice straight-ahead jazz, just shown through a very unusual and very satisfying facet.  This is a real surprise, leaving me very happy, and making it my find of the week.

Download a free album track from AllAboutJazz, courtesy of the artist and label. 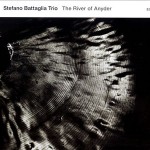 A nice peaceful piano trio date. On the ECM label, which behaves as if its legally required to release dozens of introspective piano trio records every year. Some aren’t always so successful (unless you measure success by how effectively you fall asleep at night); River of Anyder is, however, one of the good ones.  Stefano Battaglia queezes plenty of emotion out of a minimalist collection of notes, this trio lays the groundwork for palpable tension over a serene landscape. Nice.

Released on the ECM Records label.  Jazz from the Milan, Italy scene. 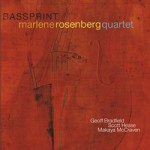 Featuring her Chicago quartet, Marlene Rosenberg brings it with a nice straight-ahead set of tunes. With Geof Bradfield on tenor & soprano sax, Scott Hesse on guitar, Makaya McCraven on drums, and Rosenberg’s bass, this is undiluted jazz, modern but nothing that’ll get confused with anything but jazz. They do a nice rendition of Kenny Barron’s “Sunshower”, with soprano sax skirting delightfully just over the soil of Rosenberg’s arco.

Released on the Origin/OA2 label.  Jazz from the Chicago scene. 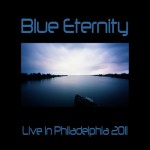 An intriguing set of live improv featuring trumpet, bass, and electric slide guitar.  Could easily have fit on the roster of the ECM label during the eighties.  Jazz in a vague sense, though this might appeal more to fans of guitar effects driven albums by Roy Montgomery as well as the Robert Fripp/Andy Summers collaborations.  In terms of sound, jazz connection via Miles Davis In a Silent Way.  The distant call of moody trumpet notes over layers of repeating guitar and bass motifs with some effects mixed in.  It’s storming outside, the clouds are thick with ambiance, and this music fits right in.

I’ve been listening to this album pretty consistently since I purchased it about 30 days ago, mostly late at night when I need some peaceful music to power down to.  Good stuff.

Released on the Retso Records label.  Jazz from the Alameda, CA scene.

I link to each artist’s site in the Personnel section above, but want to add that Carl Weingarten’s blog is pretty neat.

You can stream the entire album on Jeff Oster’s site, here. 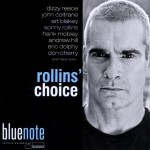 It appears that back in 2010, Blue Note began a series of albums where music luminaries create their own compilation of favorite Blue Note tracks. Lots of great tunes included on all of them. The Henry Rollins collection stands out from the rest, because, from the looks of the cover, it appears that if you don’t buy this album, Henry Rollins will literally beat you up.

That said, despite an album cover oozing with violence, it’s a great selection of old-school bop.  If you’re more inclined to buy some nicely curated bop compilations, this series ain’t a bad place to start looking.

And it seems like I have one of these every week… miscategorized under Jazz, but too nifty not to mention… 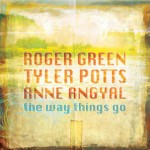 That’s it for today’s article.  There’ll be some more Tiny Reviews on Friday from this same batch of recs.

Here’s some language to protect eMusic’s rights as the one to hire me originally to scour through the jazz new arrivals and write about the ones I like: