Tiny Reviews, featuring:  Samuel Blaser Quartet As the Sea, Jim Tenor Mystery of Aether, Trish Clowes And In the Night-Time She Is There.

Samuel Blaser Quartet – As the Sea 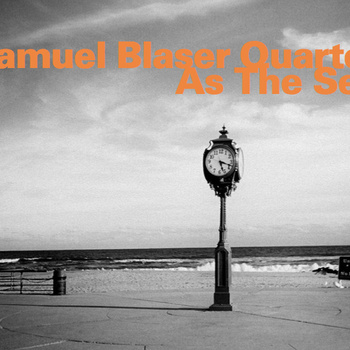 A nice high-octane recording by trombonist Samuel Blaser.  One of those albums that gives the impression of velocity even when the music is just a simmering cauldron of tension.  When the temperature does rise, this music echoes the 1960s West Coast New Thing of John Handy’s innovative ensemble… a blend of early-incubation Free Jazz and trip-jam 60’s Rock.  Some of the great qualities of that music was its fiery disposition and the wide open expanses for instruments to take turns as lead acrobat.  Blaser delivers much of the same here, though his brand of avant-garde rests in the modern context, which is more of a multi-layered discombobulation than the mysteriously stacked architecture of 1960s New Thing.

If there was any doubt before this, As the Sea proves definitively that everyone on this recording is a total bad-ass on their instruments.

Jazz from the Berlin, Germany scene.

You can stream the album, and purchase it, on Blaser’s bandcamp page.

Unavailable at eMusic and Amazon. 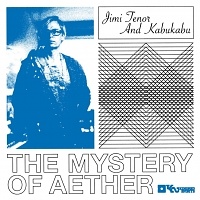 Jimi Tenor has cut his teeth with some solid afro-beat, but on Mystery of Aether, his ensemble drifts into afro-jazz territory.  But he didn’t turn his back on past work, not by any stretch.  This music is a dance hall version of Pharoah Sanders 1970s astral jazz a la Thembi, but with some jazz-funk interludes and afro-beat vocals.  Tenor’s ensemble offers up a bounty of infectious rhythms.  Vocals often morph into a chant that settles effortlessly into the thick groove.  The seaside ease of tunes like “Suite Meet” are the kind of song you want as your best friend, such is its endearing warmth and chill demeanor.  Album features an array of home-made instruments that really tie a bow on this richly textured music.

Just a very cool album, and one that I don’t want to see slip under the radar.

Released on the Kindred Spirits label.

Trish Clowes – And In the Night-Time She Is There 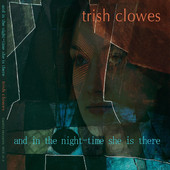 A lovely album by tenor saxophonist Trish Clowes.  Her previous album explored some of the soft point between jazz and classical, and while she does bring in a string quartet for this session, the inclusion does more to enhance the jazz elements of the album.  Clowes has a way of being expressive without cuffing the listener in the ears.  This leads to some dramatic moments with a subdued tone… a contrast that is quite enchanting.

Opening track “Atlas” has a genial patter, and a track like “Green Circle” darts from side to side, then breaks into long lovely glides, whereas “On, Off” features a galloping section by guitarist Montague, but it’s a song like “Animator” that will garner this album with some Best of 2012 mentions.  Frenetic strings juxtaposed over sublime sax cries, a dual cadence that closes in and meets at the point where drums chatter contentedly in the corner of the room.  By the time sax and strings begin improvising off one another, the sense of motion and passing of time brings about the conclusion there here is one of those wonderful songs that one can lose oneself in.

Strings play on about half of the album’s ten tracks, featured most prominently in the three part “Iris Nonet,” which allows for some freer expressions, and yet more fascinating moments.  It’s an album filled with them.

Released on the Basho Records label.

Recommended: Peggy Lee Band – “Invitation” My new Jazz Picks are up at eMusic