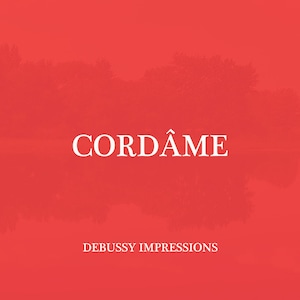 What I like about it:  I adore how the piano and rhythm sections parallel the exhilarating swoop and soaring motions of the string section without actually mimicking it… as if a single murmuration were comprised of two groups of starlings, separated only by distance, not trajectory.  I like how easy it is to just melt into this music, to let the world drop away and simply immerse myself into the embrace of its beauty.

Other notes:  A search on bassist Jean Félix Mailloux will lead to some other excellent music.  The wonderful 2014 Cordâme release Rêve éveillé is a collaboration with pianist François Bourassa.  Also check out Bomata Trio and their 2013 release Aromes d’Ailleurs, which was also really pretty wonderful.

Be sure to check out the artist’s site. 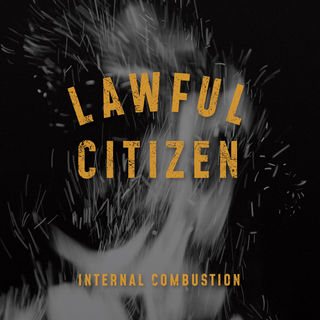 Favorite Track:  “The Road To Nowhere”

What I like about it:  I like how this album is sort of all over the place.  One minute there’s a funereal tone, then suddenly it shifts into high octane excitement, and before long, sails a melody out into contemplative waters.  But I like how the quartet Lawful Citizen strings these wild changes together in a way that suggests a certain logic, and effectively ties the beginning and ends of tunes together in a way that suggests as much care was given to the transitions between pieces as the pieces themselves.  There’s an exuberance that gives the impression that the quartet members were having a blast in the recording studio, and I like how that cheerful feeling gets passed along to the listener.

Be sure to check out the artist’s site.

The Round-up: Disconnected from the seasons 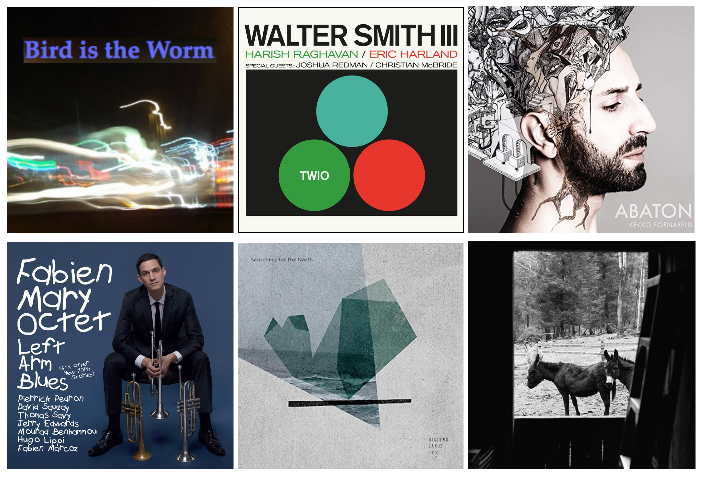 You really can’t go wrong with this set from Walter Smith III.  This is for those times when you just want to hear some serious tenor saxophone lyricism… perhaps something original and new and perhaps some new takes on old classics.  That’s what you get with TWIO.  I’m always down with a saxophonist’s take on a Monk tune; something about how the wind instrument floats like a butterfly when applying Monk’s skittering melodicism makes tracing the flight patterns a real delight.  Smith’s cover of “Ask Me Know” is Exhibit A for why I gravitate to that combo.  But it’s Smith’s canny rendition of Wayne Shorter’s “Adam’s Apple” that shines brightest on this recording, and how an icy melody slowly dissolves into a rhythmic mist.  Drummer Eric Harland and bassist Harish Raghavan round out Smith’s trio, with Christian McBride and Joshua Redman guesting on bass and tenor sax.  Music from Los Angeles.

Kekko Fornarelli has always had a flair for the dramatic.  The key to the pianist’s success is his talent for pushing the emotional intensity to the very edge and never sacrificing its sincerity.  His 2011 release Room of Mirrors still stands as the embodiment of that trait, but his newest release has plenty of moments that match it.  A rendition of Beck’s “Lonesome Tears” is the most obvious example, and the one most likely to resonate strongest.  And, just as Beck did on Sea Change, Fornarelli brings in a string section for this session.  Fornarelli’s trio is comprised of himself on piano, bassist Federico Pecoraro and drummer Dario Congedo.  Music from Bari, Italy.

Nice throwback sound from trumpeter Fabien Mary, who hits the sweet spot where the consideration of arrangements allow the free flowing expressionism of bop to thrive.  It’s an album where the simple joy of thoughtful solos is all the reason you need to hit the play button.  And it’s always nice to hear Thomas Savy in action, this time with baritone sax (instead of bass clarinet), and part of an octet that comes strong with the brass (five vs. guitar, bass and drums).

Why, yes, if your album reminds me of various Bill Frisell works, I will gladly say something nice about it.  With its moments of looping effects and bracing tranquility and a lively hop, this trio set by the Giacomo Zanus Trio was right up my alley.  How this music resonates from the slightest of gestures, like a fiercely burning ember in a cold fireplace, is its winning quality.  The pieces that hit more straight-ahead territory are all well and good, but those tunes that echo the music of Frisell’s In Line and Ghost Town are when this album shines its strongest.  All of these Frisell references should in no way obscure the fact that Zanus is expressing his own voice and his own point of view.  It’s also an especially nice touch when Zanus switches over the classical guitar, as are those tracks when David Boato sits in on trumpet and flugelhorn.  Double bassist Mattia Magatelli and drummer Max Trabucco round out the trio.  Music from Treviso, Italy.

There’s an appealing languid atmosphere to this music, even though it moves predominately at a brisk pace.  Zacharie Bachand‘s sextet works straight-ahead territory, though sometimes that’s in an old-school context and sometimes a modern one.  Two saxophones and a trombone give the music plenty of harmonic loft to just float away upon, while guitar, bass and drums keep things focused and upbeat.  It’s retailing at Name Your Price, so you have a nice opportunity to explore new music at a price you can afford.  Music from Montreal, Québec. 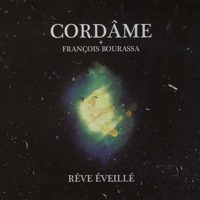 Rêve éveillé is one of those albums that leaps off a cliff, more concerned with the beauty of its aerial acrobatics than learning to fly before gravity wins out.  In the instance of the new release by Cordâme + François Bourassa, gravity never had a chance.

A live performance recording, this lovely mix of chamber jazz and folk music possesses an effervescent beauty that could walk across clouds and outshine the sun.  Led by bassist & composer Jean Félix Mailloux and featuring pianist François Bourassa, this septet creates an enthralling set of music that would seem without pause if not for the exuberant applause from the audience between songs.  It’s an album that has such a massive personality that it is best to exist as a listener only in the moment, absorbing the music as it presents itself, with no regard to what has come before and what is on the horizon.

Now, songs do have their distinct personalities:  The giddy buoyancy of “Reunion,” the folksy charm of “Calliope,” the unbridled urgency of “Osiris,” the burgeoning passsion of “Anne,” the breakneck charge of “Euterpe,” the enfolding embrace of “La Route de la Soie,” the rising tides and crests of “Dans la tête de M. Sakamoto,” and the melodic heartbreak of “Beyrouth”  But these are merely facets of an omnipresent beauty that hangs over each and in their entirety, defined by rapturous melodies and a graceful motion that holds firm even when tempos reach a fervid climax.

It’s an album that breathes harmony.

It’s an album that requires immersion, and rewards it, too.

It’s an album that plays itself out one act at a time, like chapters in a book, yet provides a powerful sense of timelessness, a story without beginning, without end.

It’s an album that lives on the edge of the dramatic and at the heart of the poetic.

It is outstanding, and absolutely gorgeous.

Jazz from the Montreal scene.

Listen to more of the music on the artist’s Bandcamp page.

Bassist Mailloux and clarinetist Bourque are two thirds of Bomata Trio, and their 2013 release Aromes d’Ailleurs was really pretty wonderful.  Also chamber music, but a bit more spacious, a bit more serene.  One of my favorites from 2013.  You can read that review HERE.

For today’s Tiny Reviews edition, two big band albums which each grabbed my ear back when they were released in 2012, and haven’t really ever let go since.  So here’s a little bit about each of them. 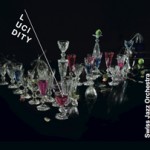 A fixture on the Bern, Switzerland scene for the last decade, the Swiss Jazz Orchestra has been finding that sweet spot between traditional big band sound and modern conventions.  On Lucidity, they bring all of the abounding euphoria one would expect from a small army of brass, woodwinds, and percussion, while at the same time, adding eccentricities and odd brush strokes that give the music a potently cerebral value, too.

Piano and percussion make for a vibrant pairing throughout this fine album, notably on the opening to “Teebeutelregen,” giving it a fairy tale mysticism, and later for an interlude on “A Chaser,” which serves as a transition from an exuberant group section to a bass solo.  The saxophone section also particularly shines on this recording.  Led by under-the-radar musician Reto Suhner, saxophones weave a tangled web of melody, yet never let it get anywhere close to becoming an unidentifiable mess.

Most tracks have an up-tempo demeanor, but some, like “Bathayal,” slows it down, letting saxophones take some lovely solos, and even on a track like “Losing Lucidity,” which is far from a ballad, yet the composition allows trumpet to coast over the tempo with unhurried purpose.  “Promenade” take a bit more of a mainstream approach, giving something up in terms of edge, and even a jaunty piano solo isn’t enough to overcome an unfortunate electric guitar section.  “Figment” also begins with a mainstream groove… bright notes and a slick bass line, but it gradually moves into something far less conventional… spurred on primarily by some nice trombone work, and, then, some intriguing percussion, and what began as ordinary has transformed into some quite nifty and different.

An album with a few flaws, but also an album that I return to with some amount of regularity when I’m looking for some big band music.  Definitely worth checking out.

[EDITOR’S NOTE:  Unable to confirm album personnel for this recording.]

Released on the Mons Records label.

Jazz from the Bern, Switzerland scene. 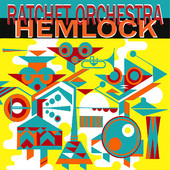 On Hemlock, the 30-piece big band Ratchet Orchestra displays a talent at presenting traditional big band music through a modern avant-garde lens, with the resulting picture a clear image of strange and beautiful music.  Employing improvisational techniques that free the music of preordained form, they sprinkle their compositions with a pop-music melodic attention to detail and an industrial music mutation of sound, and it’s why tracks begin with an expected euphoric lift suddenly develop into big band music run through an audio blender.  Orchestral grace and avant-garde dissonance both find a home here.

“Yield” has a catchy hop and bounce, a celebration of celebrations, whereas “Safety” is the music of church mice.  The whimsical “Kick” is a jaunty tune that brings in some spoken word and percussion that sounds taken from a hardware store.  The two-part “Kick” builds melodies inside a rhythmic tempest, sometimes battered by the intensity, sometimes riding the drafts.  “Winnow” is a moonlight serenade on a night that gets a little stormy, but never stops feeling safe.

An inventive album from an innovative ensemble that’s been around for some time now.

Released on the Drip Audio label.

Listen to more of the album on the label’s Soundcloud page.

Jazz from the Montreal scene.