Albatrosh is the Oslo-based duo of pianist Eyolf Dale and saxophonist André Roligheten.  Though their music is forward-thinking and adventurous, there is a bit of the old-school Nordic jazz sound to their style.  They keep to their inside voices as do most of the modern Nordic jazz musicians, but their expressiveness leans far more to the lively end of the scale.  Also, there’s a gospel element present in their music that speaks more to the European spiritual jazz of the past than the tepid displays amongst many of the modern Nordic jazz set.  Furthermore, the Albatrosh duo’s improvisational forays seem to disdain the stateliness of the modern crowd and embrace the rambunctious playfulness of their genre forebears.

Their two most recent recordings show how the strength of their personal sound can be reflected within the surface of two very different settings without sacrificing its individuality. 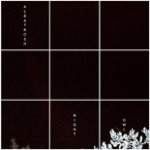 Th 2014 recording Night Owl in the duo is their purist form.  Opening track “Duvet Day” epitomizes the duo’s approach with its playful demeanor yet reverential tones.  And it’s an excellent display for the way the duo is able to complement one another on both the melodic and rhythmic fronts.

This is also evident on the jittery “Nut Job” and the twirling “Wolf Whistle” with their speedy bursts of piano riffs juxtaposed against saxophone digging deep into its soul for some gospel and some blues.

Their melodic strengths shine through with the gospel undertones of “The Liger,” with its church mouse meeps and church mouse motion and “Early Bird,” in which a contemplative nature provides a spark for a song to come pouring out, slow and lovely.

The album ends with the title-track “Night Owl” and brings the curtain down with an eccentric sort of grace and a beauty that is simply riveting.

Released in 2014 on Rune Grammofon.

The Trondheim Jazz Orchestra is a pretty adventurous group themselves, and whether it’s in performance by all their lonesome or in collaboration with birds of a similar feather, the music coming from their direction is going to be some compelling stuff.

Tree House began as a commission for Albatrosh to bring in new music in collaboration with the TJO, to be performed at the 2013 Molde International Jazz Festival.  That live performance was recorded and, subsequently, received a bit of studio treatment before its release in 2014.  It’s quite telling how the Albatrosh sound is able to shine brightly from within the TJO’s massive presence without eclipsing the voice of the collaborative ensemble.  The partnership is a seamless one, where both individual and group voices are able to thrive in equal abundance.

The straight-ahead title-track with its big sound and casual grace sidles in next to the balladeer blues of “The Coral Foxes” without missing a beat.  The lulls of silence broken by mildly aggressive dissonance on “Crystalline” occupy the same space as the rambunctious “Trunkenbold.”

Most intriguing, however, is the changing personalities of “Nut Job.”  A song that keeps to a consistent, highly-caffeinated expressiveness on Night Owl takes a different form on Tree House.  It performs several scene changes, starting out as a tuneful ditty before switching to a moody introspection to a series of fiery solos and tenacious accompaniment to a simmering harmonic discontent and concluding with the same tunefulness with which it began.  It’s the kind of adventurism within a framework of a conventional jazz orchestra setting that makes each and every facet of this album so damn thrilling.

And be sure to check back in on Friday, when we feature a video from the Tree House performance.